In Tulare County, winter grain plants were in different stages of growth, with most wheat, oats and barley coming close to maturity.  Some wheat, oats, and barley fields were being treated for weed control.  With the added rain, alfalfa continued to thrive and was growing well.  Corn was being planted.  Safflower planting was finished with most emerged.  Due to cold weather, cotton planting was behind schedule.  Rice ground preparation was ahead of schedule with ground work done in the Sacramento Valley.

Stone fruit orchards continued to near the end of bloom and immature stone fruit was steadily developing. Nectarines, peaches, and plumscontinued to size as expected. Cherry and pear fruit were sizing also, but still in the immature stages of growth. Pomegranates, persimmons, and grapes continued to leaf out, with warm weather boosting grape vine budding. Lemon and grapefruit harvest continued. Navel oranges, tangelo, and mandarin harvest progressed well. Tangerine groves continued to be covered with netting to prevent pollination by bees during the bloom period.

Almond development was ongoing, with a few areas predicting a more than favorable crop. Walnuts continued to awaken from winter dormancy. Pistachio leaf out remained steady with no reported issues.

Recent precipitation and the week’s warming temperatures promoted range development. Rangeland and non-irrigated pasture were reported to be in good condition. Movement of cattle to spring pasture began. Some bee hives were moved to citrus orchards and to the foothills. 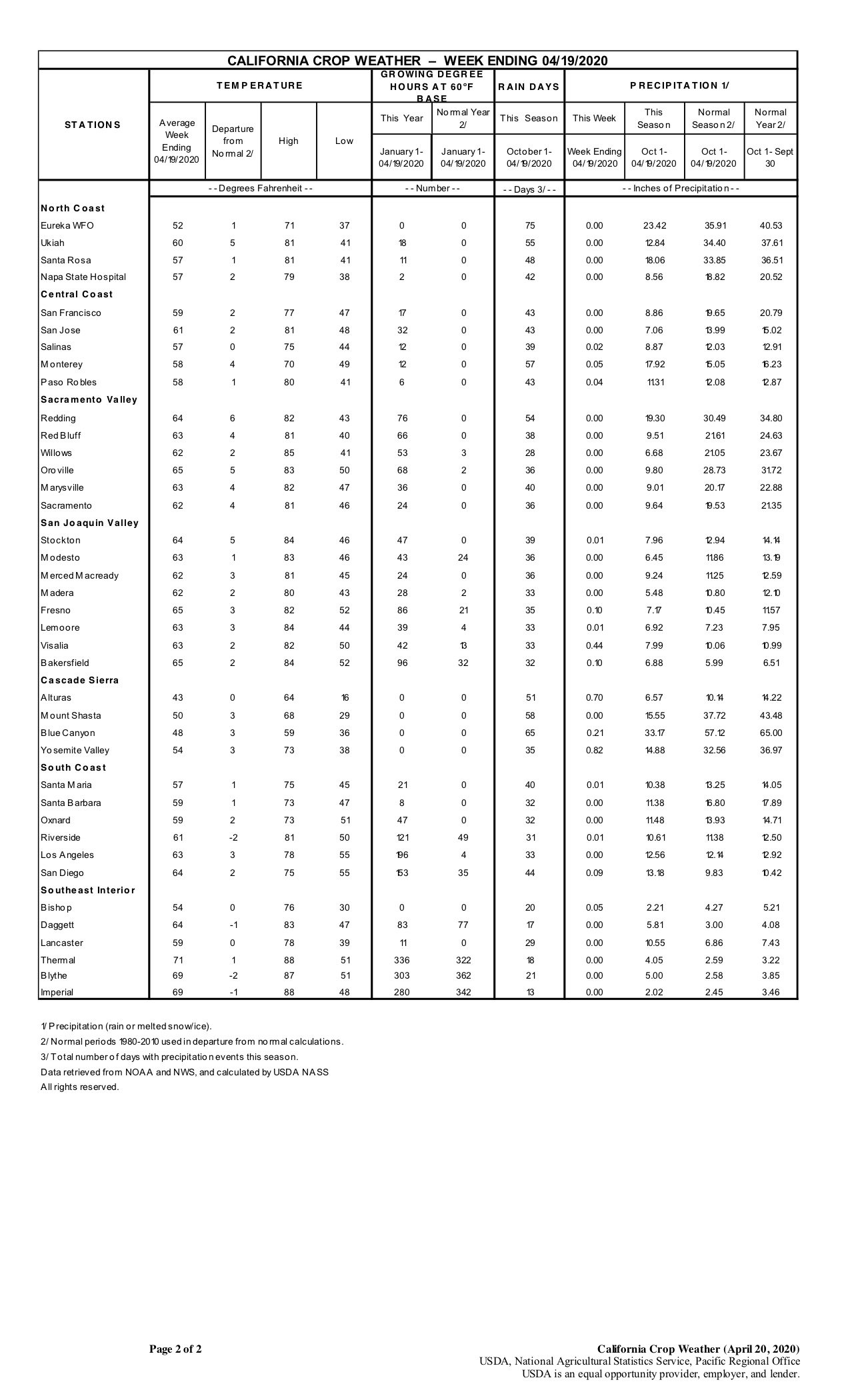