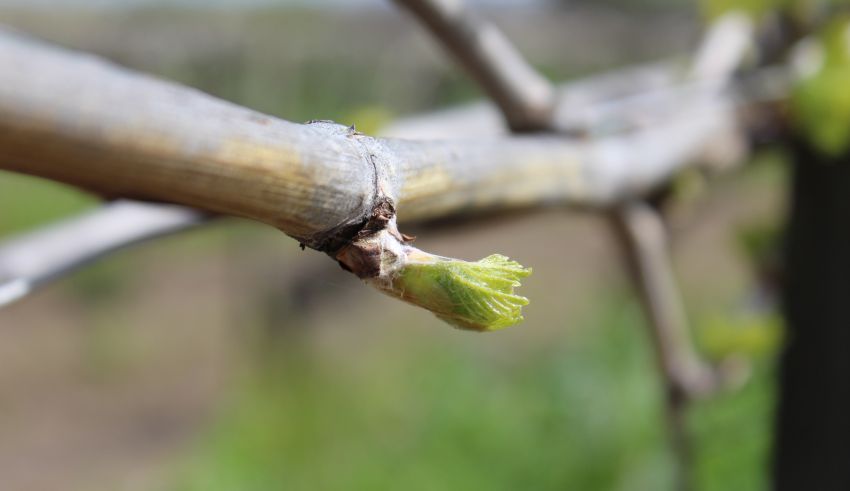 As warm temperatures and plenty of sunshine continue to dominate the local forecast, signs of an early grape growing season have been observed in Sonoma County.

Over the past week, several winegrowers throughout Sonoma County have spotted “bud break” in vineyards. This annual event in the lifecycle of grapevines is apparent when small green buds that are fuzzy in appearance first appear on the vine. Typically, this signals that vineyards are coming out of the dormant state they assume during the winter months, and that the year’s vintage is under way.

One concern of an early bud break is potential damage to the vines should a late-season frost appear in spring. Grapevines are more susceptible to frost damage after they have awakened from dormancy. “Bud break is a welcome sign as long as weather remains mild,” said Duff Bevill of Bevill Vineyard Management, “Once the buds pop, you’re vulnerable to frost.”

While bud break generally begins in March, it is not uncommon to see it as early as February. In 2019, a much colder, wet winter saw the start of the season in mid-March. In 2018 bud break started in mid-February.

“This year’s appearance of bud break is a little earlier than our local winegrowers would consider ‘average,’” commented Karissa Kruse, President of Sonoma County Winegrowers, “However, a late February bud break is not uncommon in warm, sunny years. It’s always exciting to see the vines come out of dormancy and kick off the vintage. This early spring weather has also been an welcome invitation for wine lovers to come visit our vineyards and wineries and enjoy the sun.”

The appearance of bud break has been reported in Dry Creek Valley, Alexander Valley, Russian River Valley and Petaluma Gap. With more warm temperatures in the forecast this week, bud break is expected to be more widely reported in the coming days.

The Sonoma County Winegrape Commission, also known as Sonoma County Winegrowers (SCW), was established in 2006 as a marketing and educational organization dedicated to the promotion and preservation of Sonoma County as one of the world’s premier grape growing regions. SCW has oversight by California Department of Food and Agriculture which supports producer regions. With more than 1,800 growers, SCW’s goal is to increase awareness and recognition of the quality and diversity of Sonoma County’s grapes and wines through dynamic marketing and educational programs targeted to wine consumers around the world.

In January 2014, SCW committed to becoming the nation’s first 100% sustainable winegrowing region in 2019. As of September 12, 2019, 99% of the vineyard acreage in Sonoma County has completed certification by a third-party auditor making Sonoma County the most sustainable wine region in the world.  SCW’s sustainability efforts have been recognized with California’s highest environmental honor, the 2016 Governor’s Environmental and Economic Leadership Award (GEELA).  Learn more at www.sonomawinegrape.org