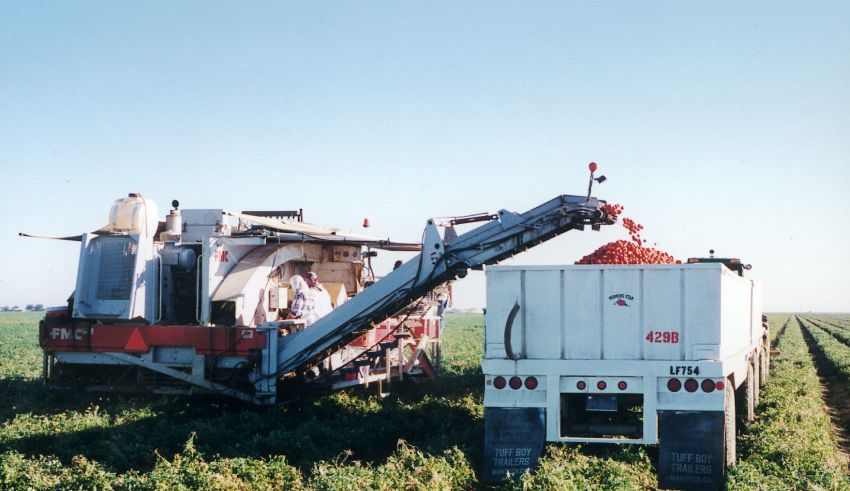 The USDA-NASS Pacific Regional Office surveyed California’s tomato processors for their intended contract acreage and tonnage for the upcoming 2020 season.  The data reported by processors was either tonnage with derived acreage, or acreage with derived tonnage.
As of January, California’s tomato processors reported they have, or will have, contracts for 12.0 million tons in 2020, which is an increase of 4.3 percent compared to what was reported under contract in the August 2019 California processing Tomato Report.  Processors estimate that the contracted production for 2020 will come from 235,000 acres, generating an average yield of 51.1 tons per acre.  The contracted planted acreage forecast is unchanged from the 2019 acreage reported under contract in August.
This early processing tomato estimate is funded by the California League of Food Processors, in cooperation with the California Department of Food and Agriculture. 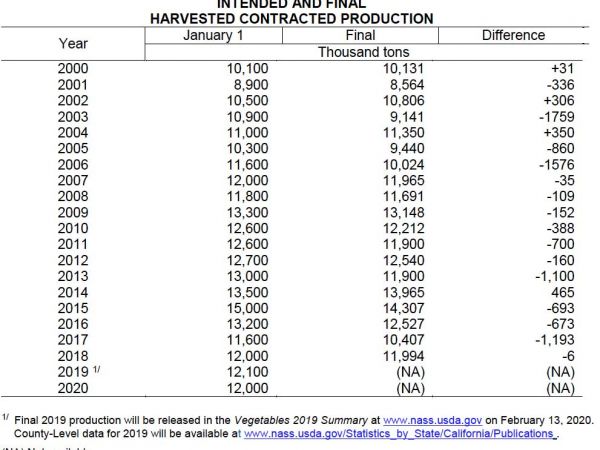 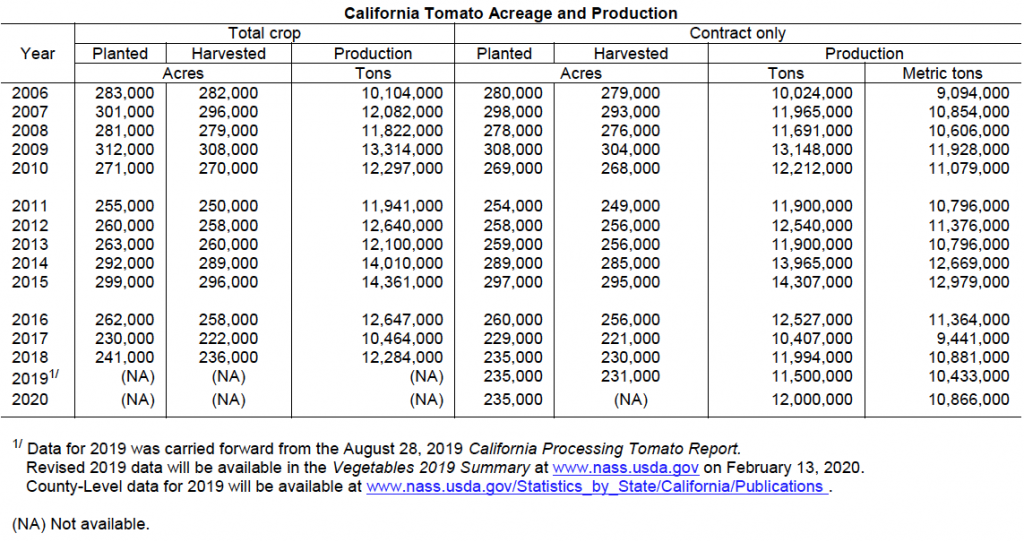