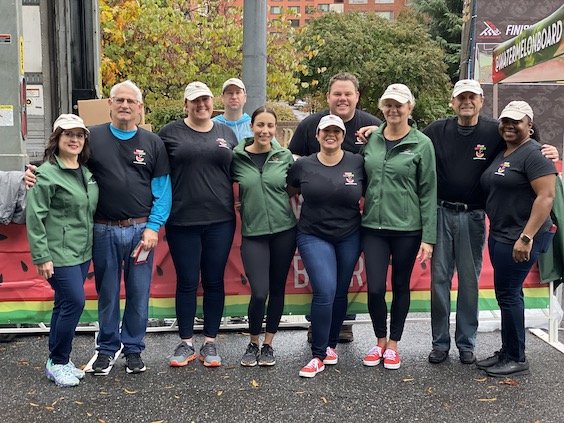 The National Watermelon Promotion Board (NWPB) recently wrapped up a cross-country tour of fitness events including the Fit Foodie Festivals in Denver and San Diego and concluded with the Marine Corps Marathon in Washington D.C.

From 5ks to ultra-marathons, and distances in between, over 35,000 watermelon samples found their ways into participants and attendees’ hands helping them rehydrate, refuel and replenish. 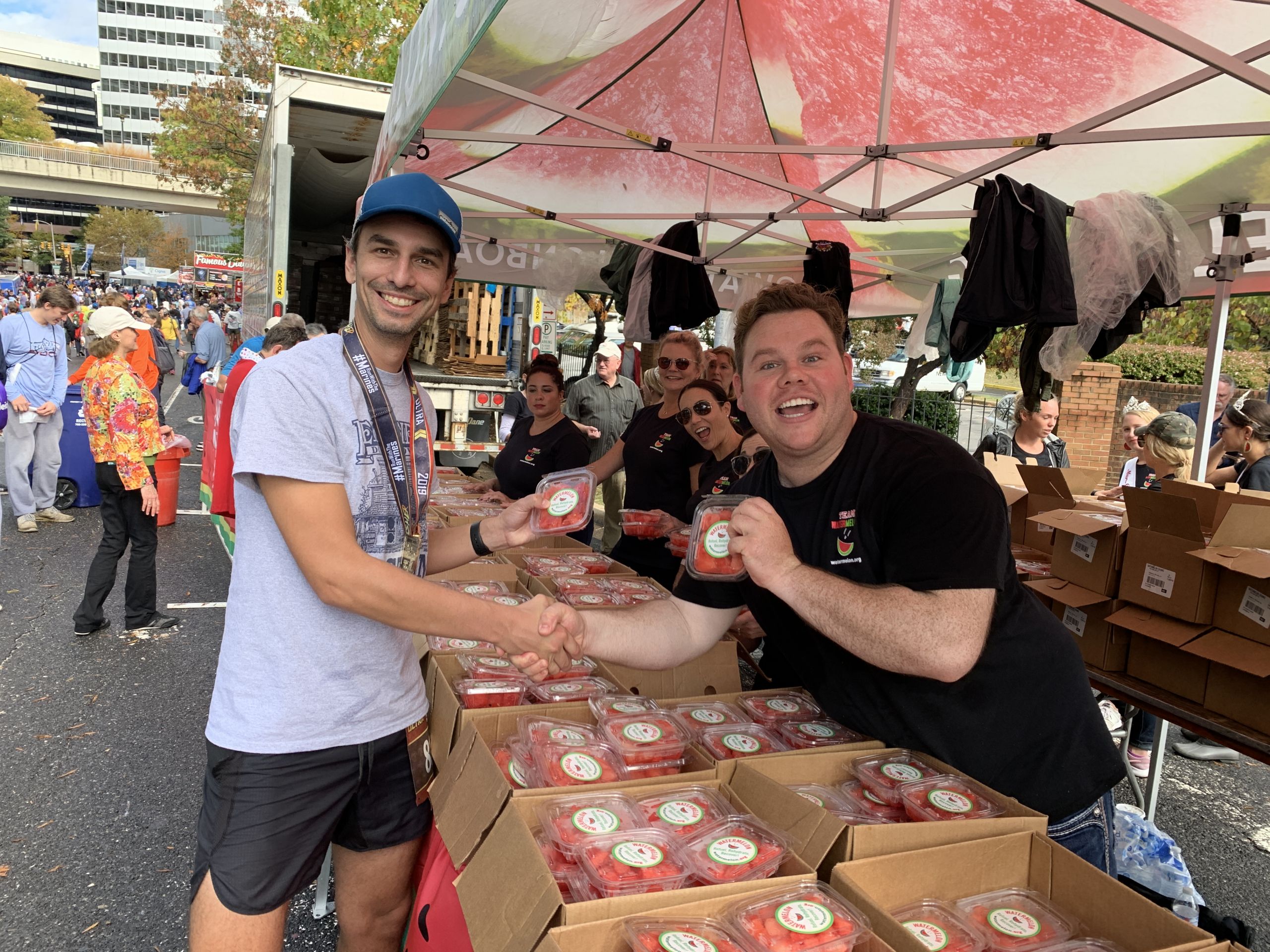 “Watermelon is such a perfect fit for these events: healthy, hydrating, great for families and all fitness levels,” said Stephanie Barlow, Senior Director of Communications at NWPB.

The tour kicked off at the Denver Fit Foodie Run on National Watermelon Day (August 3). Upon finishing, the 1,000 participants received a watermelon medal, fresh watermelon juice and were able to sample a variety of refreshing watermelon skewers, including Classic Watermelon, Mediterranean Caprese and Mexican Chile.

In October, watermelon again found its way into fitness fanatics hands at the San Diego Fit Foodie event. In addition to the watermelon medal and fresh juice, the 2,000 San Diego participants were able to DIY their watermelon flavor pairings including lemon juice and salt, Tajín chili lime seasoning and jalapeño, cinnamon and vanilla, and ginger, sesame and soy. The watermelon “bar” was such a hit that attendees formed lines to try all the flavor pairings. Fitness enthusiast and influencer, Jennifer Fisher from The Fit Fork, taught watermelon cutting techniques and additional flavor pairings at a culinary demo during the finish festival.

To round out the tour, fourteen board members attended the Marine Corps Marathon (MCM) at the nation’s capital for NWPB’s seventh year of attendance. Over 26,000 participants and their supporters received more than 32,000 samples of fresh watermelon in a record-breaking six hours. In addition to the tasty treat, runners could capture their success with a Mission Accomplished banner and two watermelon carvings featuring “Oorah” and MCM logo. 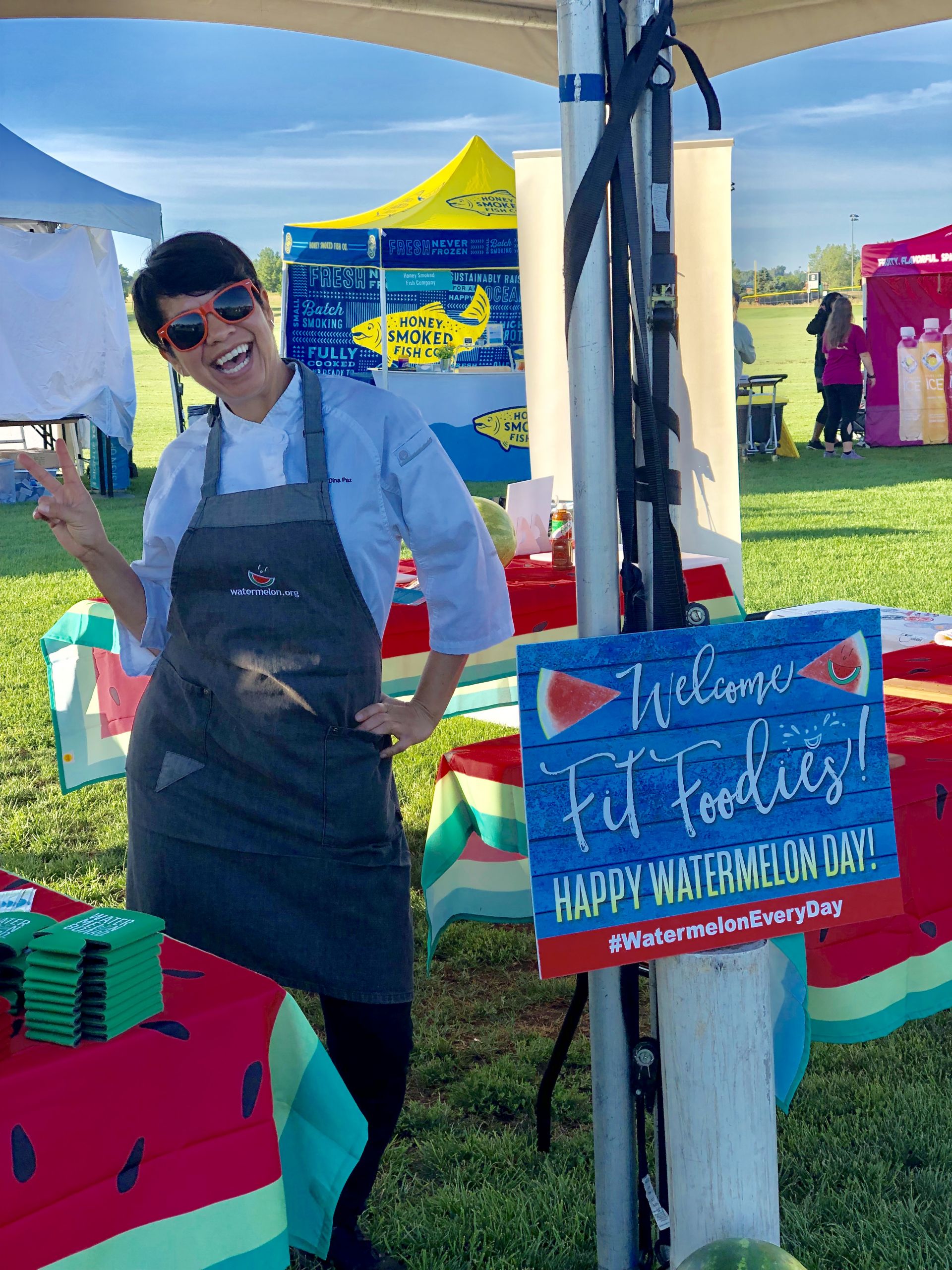 “It was great to see the runners react when they were offered a cup of fresh, cold watermelon chunks. Their faces lit up like it was the greatest thing in the world,” recalled Lee Wroten, National Watermelon Promotion Board Vice President.

At 92% water, watermelon makes an ideal partner for fitness events as a delicious way for athletes to rehydrate, refuel and recover. Not only is it hydrating, but as a source of potassium (6%), watermelon may help with water balance and avoiding muscle cramps. Pre- or post-workout, watermelon’s nutritional line-up delivers a simple and tasty way to fuel a healthy lifestyle.

About National Watermelon Promotion Board

The National Watermelon Promotion Board (NWPB), based in Winter Springs, Florida, was established in 1989 as an agricultural promotion group to promote watermelon in the United States and in various markets abroad. Funded through a self-mandated industry assessment paid by more than 1,500 watermelon producers, handlers and importers, NWPB mission is to increase consumer demand for watermelon through promotion, research and education programs. 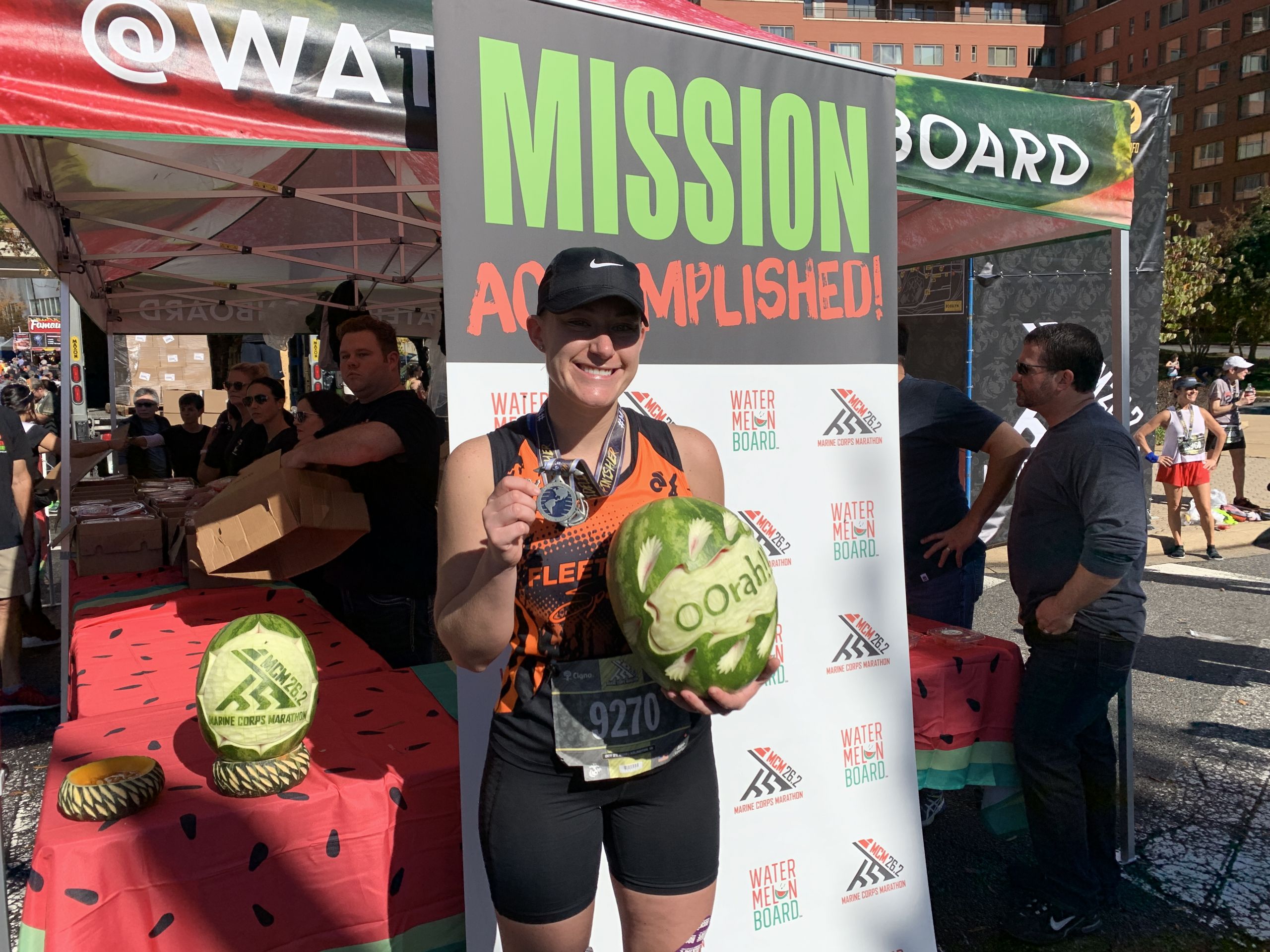