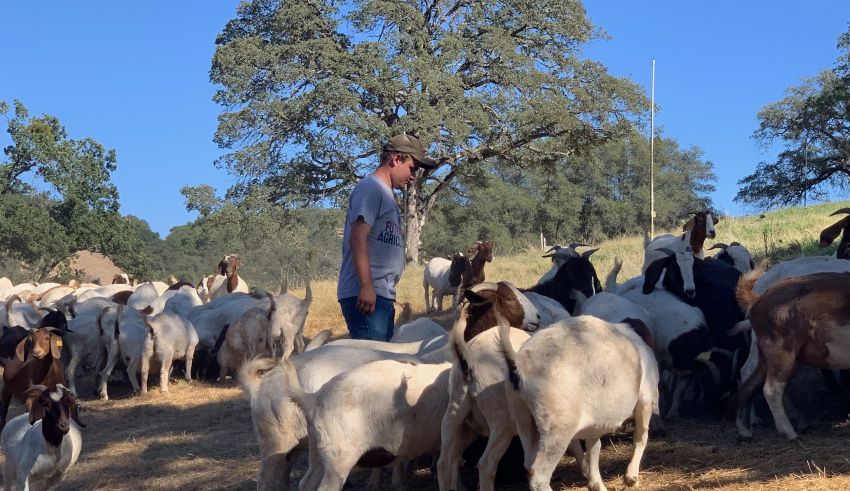 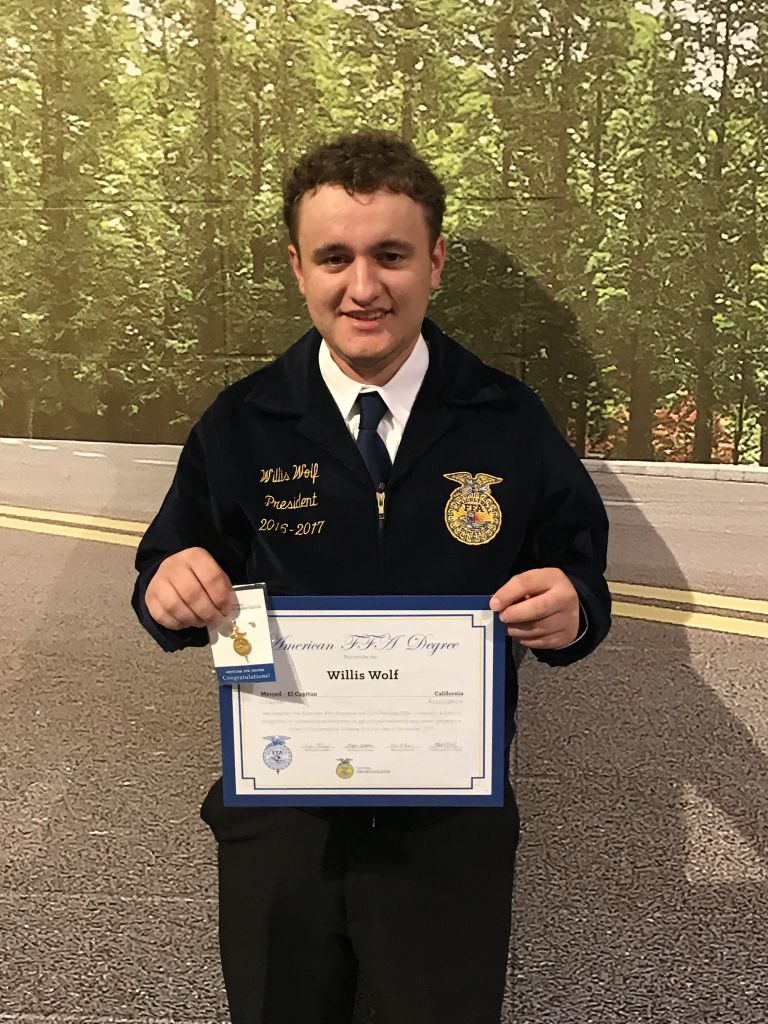 Willis Wolf recently won the 2019 American Star Farmer award at the National Future Farmers of America (FFA) Convention
held in Indianapolis in October. He is the first Californian to win the award since 1952! The California FFA member is from the Merced-El Capitan Chapter. He was recognized for his goat production operation where he helps meet the rising demand for goat products, while also raising forage hay for their feed. The FFA organization includes 770,000 members and 8,600 chapters in the United States, Puerto Rico and the Virgin Islands.

Wolf said, “the two major ways farming in California differs from the rest of the country are crop diversity and water shortages.” This makes this award even more incredible since Willis is from California, which has so many issues and
regulations versus the entire balance of the United States.

Manuel Cunha, Jr., President of Nisei Farmers League, former FFA student in Vacaville, California (1974-76) and former FFA Advisor at Sierra High School said, “This is a huge honor to have someone from the Central Valley, as well as a California State University Fresno student win such a prestigious award. This is the highest award you can get. This is a big deal! Willis has worked tirelessly and put in a lot of hard work and dedication. This award is comparable to winning the Heisman Trophy!” Wolf continues to grow his herd with his brother. They started with just a few goats, but currently have 600 head of does
that will equal somewhere between 1200 to 1500 kids per year. Wolf and his brother want to become fully integrated with goat meat production. They see a future for goat consumption in the United States.

It is clear that the Wolf Brothers have a work ethic and vision for the future. For Willis, this has led him to be the National FFA American Star Farmer for 2019.