In Tulare County, cotton harvest began. Alfalfa continued to be cut, dried, and baled. Corn and sorghum harvest was wrapping up. Black-eyed peas were being harvested. In the valley, rice harvest continued at a steady pace and corn harvest was underway.

In Monterey County, most lettuce and leafy greens production declined. Brassica harvest is continuing for a few more months. Fresno County reported processed tomato harvest finished, but is still ongoing in other parts of the State. 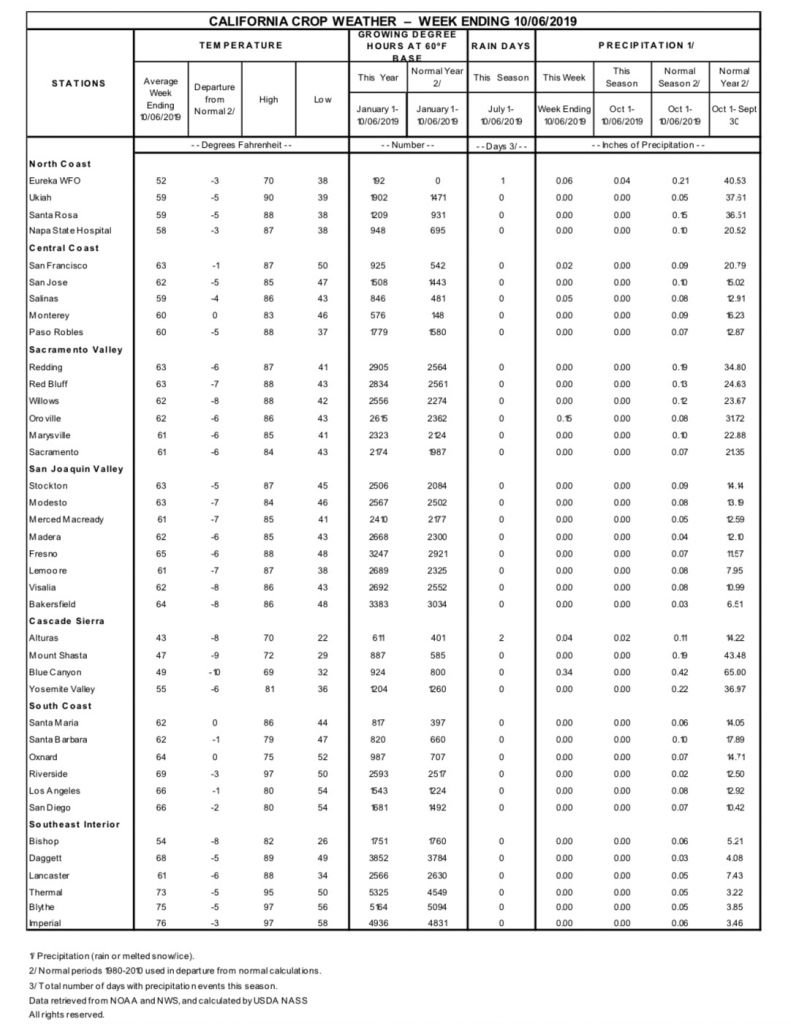