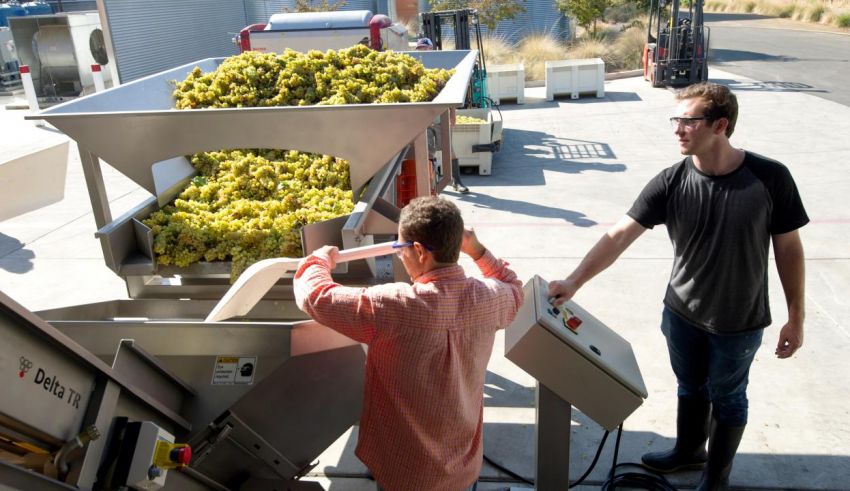 Genes may explain the difference in taste and color of grapes, like these being processed during a recent crush at the UC Davis Robert Mondavi Institute for Wine and Food Science teaching facility.

Here’s a discovery well worth toasting: A research team led by Professor Brandon Gaut with the University of California, Irvine and Professor Dario Cantu with the University of California, Davis has deciphered the genome of the Chardonnay grape. By doing so, they have uncovered something fascinating: grapes inherit different numbers of genes from their mothers and fathers. Their paper has just been published in Nature Plants.

The team devoted three years of study to what are known as structural variants, or chromosome changes, in the genomes of the Chardonnay and Cabernet Sauvignon grapes to determine their genetic similarity. Each of the fruits has about 37,000 genes.

“Each of us inherits one copy of their gene from their mother and one from their father,” said Professor Gaut. “One would assume that the grapes inherit two copies of every gene, too, with one coming from each of their two parents. However, we found there was just one copy, not two, for 15 percent of the genes in Chardonnay, and it was also true of Cabernet Sauvignon grapes. Together, that means that grape varieties differ in the presence or absence of thousands of genes.”

The research team showed that red grapes have mutated into white grapes on several different occasions. Each mutation included a large chromosomal change that altered the number of copies of key color genes. Fewer copies of the color genes cause white grapes.

In addition to providing key scientific knowledge to vintners, the scientists say their findings have important implications for understanding the nutritional values among other fruits and vegetables. Structural variations have largely been unexplored in plant genomes, but Professor Gaut says the research is important for understanding what lies within the fruits and vegetables we eat. “For example, even between the various types of heirloom tomatoes, structural variations could account for differing nutritional values,” he said. “Better understanding the genetic composition of species enables us to access tools that improve plant breeding.”