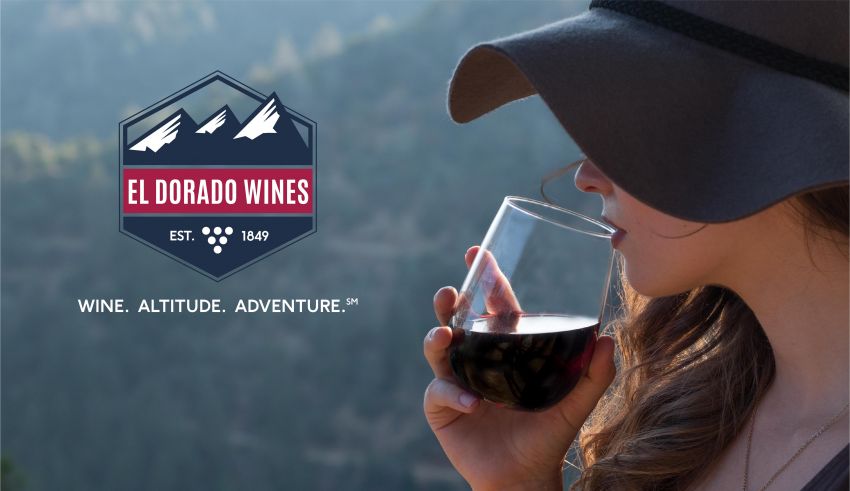 The mountain vineyards of El Dorado AVA report that Labor Day weekend was largely the beginning of the 2019 harvest season in El Dorado County. According to several El Dorado vintners, this is late by one or two weeks compared to average pick time dates in the AVA. The later start will only enhance a favorable condition in high-elevation vineyards ranging from 1,200 to more than 3,000 feet — a longer picking window.

Since the harvest in El Dorado County usually begins after the peak temperatures of August, vintners pick through the shorter days and cooler nights in the fall, and fruit has more time on the vine to ripen. A longer ripening season gives El Dorado vintners a better chance of picking each variety at the most favorable ripeness.

Paul Bush, proprietor and winemaker at Madrona Vineyards and Rucksack Cellars, explains how it works for winemakers and growers in the El Dorado AVA: “If you’re picking during the heat spikes, grapes are ripening quickly and often forcing winemakers to triage their pickings, and perhaps [you’re] missing the optimum ripeness level on a particular variety. If the grapes are still in the lower range of ripeness during these peak August temperatures, as they are in El Dorado, we can wait to pick until they are ripe.” Bush explains the upside of having later- ripening fruit in higher elevations: “By waiting, each day gets shorter [with less sunlight], the nights get longer, and the ripening slower — giving us a larger spread of time of optimal ripeness between varieties.” He points out that longer and cooler nights keep acid from transpiring at night too.

Of course, the El Dorado AVA’s sparkling wine producers pick earliest, during August. One of the first to pick was Gwinllan Estate Vineyard and Winery, producers of a line of sparkling and still wines. Jonathan Pack, family winemaker/consultant, said they started picking on August 16 and 17 for their Rosé Champagne, off two weeks from a typical year. He remarks, “It looks like it is going to be a very late and long harvest, especially if we cool down a lot in September.”

Justin Boeger, general manager at his family’s Boeger Winery — situated in the northern end of the county in the Camino Fruitridge region at elevations from 1800 to 2300 ft. — gives a still- wine perspective specific to the 2019 harvest. The winery’s Labor Day picks included Pinot Noir for Rosé wines, Sauvignon Blanc, Sémillon, and Flora. Boeger reports, “This is a later start date for us than the last several years, mostly due to a prolonged winter that was wetter and cooler for a longer period of time. The year 2019 has been mild on many counts, including mild summer temperatures.” Testifying to the year’s pleasant conditions, Boeger recalls, “I woke up one day towards the end of May realizing I never once this year checked temperatures overnight for the threat of frost.”

To the south and in the Fair Play region of the El Dorado AVA, picking started at Skinner Vineyards just before Labor Day weekend, with Roussanne already in the press by the weekend. Petit Bouschet, Mission, and Trousseau Noir were harvested for what winemaker Adam Smith calls “an experimental project.” Smith is fermenting the three varietals in concrete at low brix, with lots of stem inclusion, and no filtration. Smith says, “The intent is to create a food-friendly early release red with white wine zip and wildness!”

Also in the southern reaches, in the Somerset area, grape grower Donna Sauber of Sauber Vineyards reports that “plants look healthy and grapes are clean.” Yet the winery is still a week or two from harvesting some 11 varietals that grow on its 40 acres ranging from 2,600 to 3,000 feet elevation.

Two years of good rainfall and a cooler summer in the region have contributed to healthy crop loads and larger yields. Adam Smith concurs with the optimism of his fellow El Doradowinemakers and growers: “All in all, our wet winter and cool summer is sure to produce wines of elegance and complexity. We’re psyched!”

The El Dorado Winery Association (EDWA), is an association of wineries located in the Sierra Foothills’ El Dorado County. Active members, united through cooperation, encouragement, shared knowledge and education, strive to improve wine quality and the tasting experience. High elevations and cool climate mark its distinction as one of California’s unique wine regions.