In Tulare, Fresno, and Kings Counties, alfalfa continued to be irrigated, cut, and baled. Cotton was in full bloom. Corn was being cut for silage. Harvesting of safflower continued. Garbanzo beans were harvested. Black-eye peas continued to set and fill pods. Sorghum was growing well. In Sacramento County, sunflower was drying down and harvesting began.

Foothill rangeland and non-irrigated pasture remained in fair to poor condition. Water was hauled to livestock in some dry locations. Supplemental feeding was ongoing. Some cattle were moved to higher elevation pasture, while in the northern counties, cattle were grazing on recently harvested grain stubble. 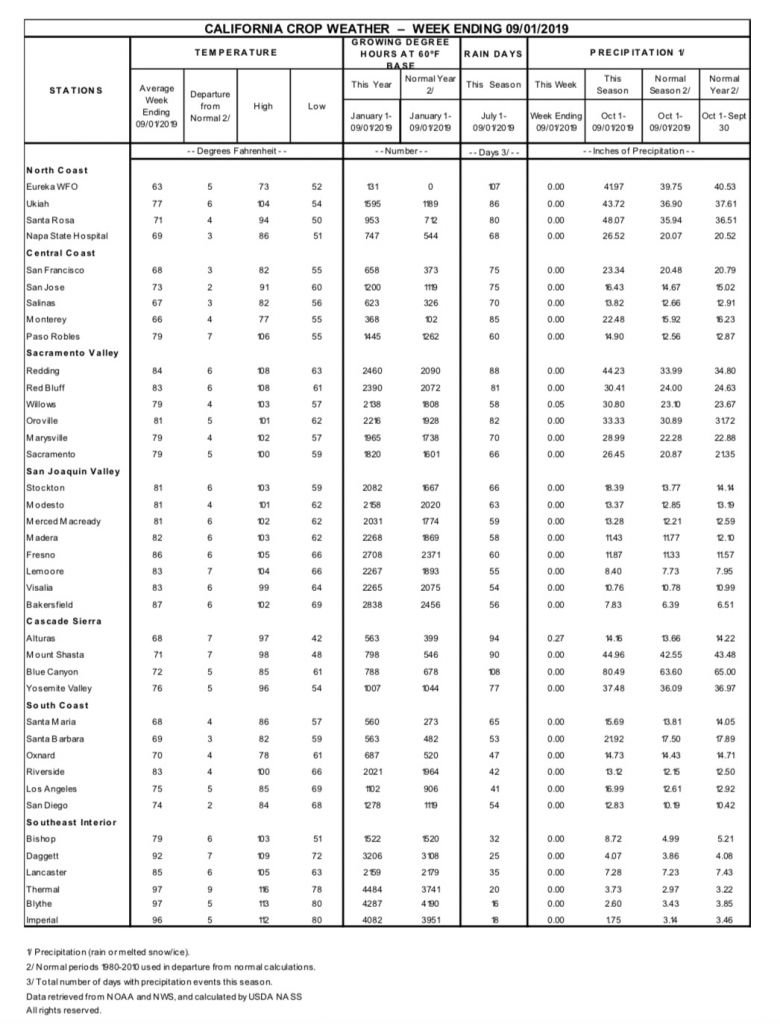