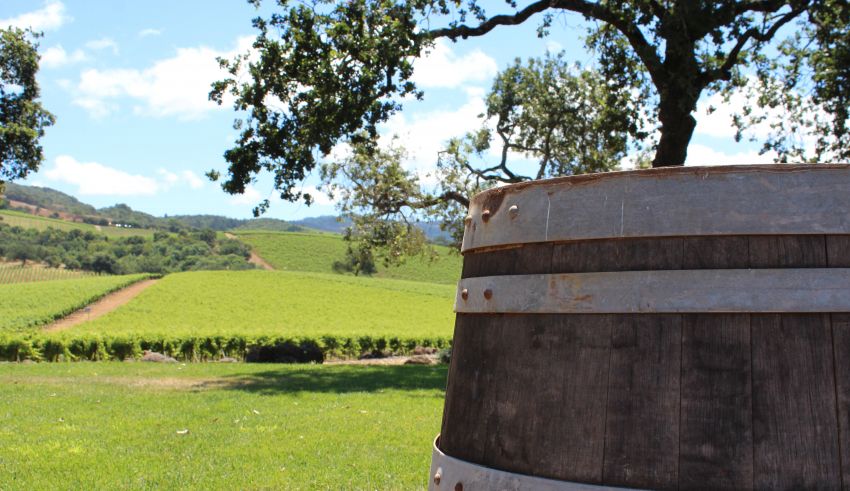 Long hours. Seven-day work-weeks. Grape-stained clothing, boots and skin. These are just a few of the challenges that await California vintners in the coming weeks and months. But before the bustle of crush begins, winemaking and vineyard teams are making careful preparations to ensure that the harvest process runs as smoothly as possible.

Wine Institute asked four California winemakers and vineyard managers to share how they’re getting ready for harvest and to deal with whatever Mother Nature decides to send their way.

McWilliams normally starts her harvest preparations around mid-July, after veraison (when grapes turn from green to their ripe 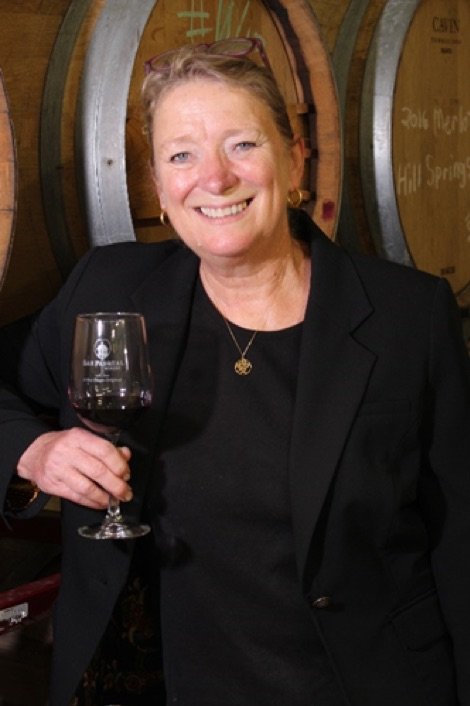 color), by estimating the crop size.

Then, she decides how that fruit will be handled in the cellar. “Is it going to be in stainless steel tanks or in barrels?” she says, “And how much space do we need to allocate and have ready?”

Around the same time, McWilliams and her team empty barrels and try to bottle as much wine as possible to free up barrel space for the incoming juice.

“In the vineyard, the team is gearing up for harvest, making sure that fruit thinning is done, that we’re into veraison and keeping powdery mildew in check,” she says.

Once veraison is underway, new concerns emerge. “We’re worried about attack by birds,” says McWilliams, “so netting or sound systems are applied.”

Lining up harvest help is also essential in San Diego County, where the wine industry is smaller, and labor can be hard to come by. “We recruit family and tasting room staff to help. Everybody gets out there to help pick.”

Picking usually begins for white grapes just after Labor Day, but in recent years, heat spikes have accelerated it to as early as the third week of August. This year, McWilliams is predicting a return to normalcy—as long as the weather holds out. “We can’t control Mother Nature. The key in this business is to be flexible and ready for anything.” 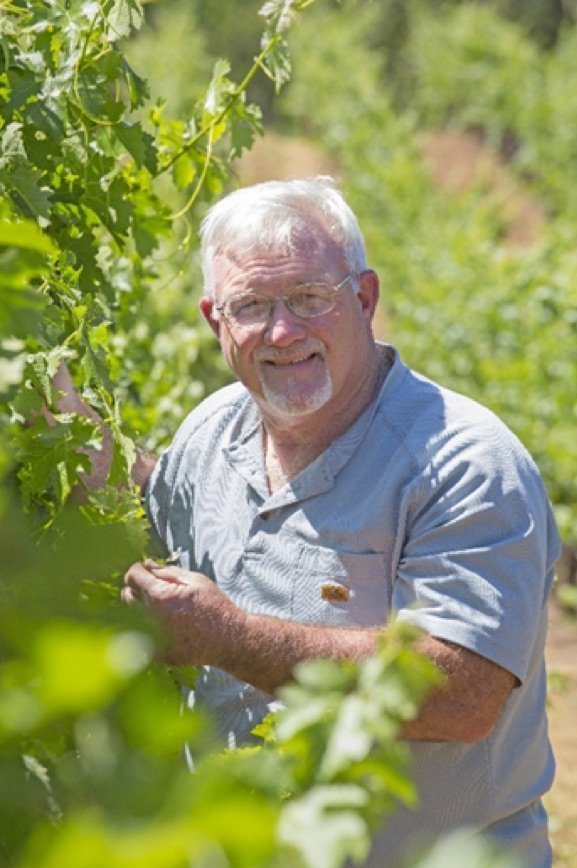 At Alexander Valley Vineyards, the most intense harvest prep begins around late July.

The vineyard team also estimates the size of the crop to help determine the amount of tank and barrel space needed for the harvested fruit. Along with historical data, the calculation is based on the average number of clusters per vine, average weight per cluster, number of vines per acre and the total number of acres.

Other pre-harvest prep includes getting the equipment ready, from reserving rental trucks and trailers to cleaning grape bins. “There’s always something that needs attention,” says Houser, “so you start early to make sure it’s going to work.”

A typical harvest for Alexander Valley Vineyards begins just after Labor Day with Chardonnay or Pinot Noir, and this year’s timing appears to be right on target—barring any last-minute weather changes.

Parry starts planning for next year’s harvest immediately after the current one ends. 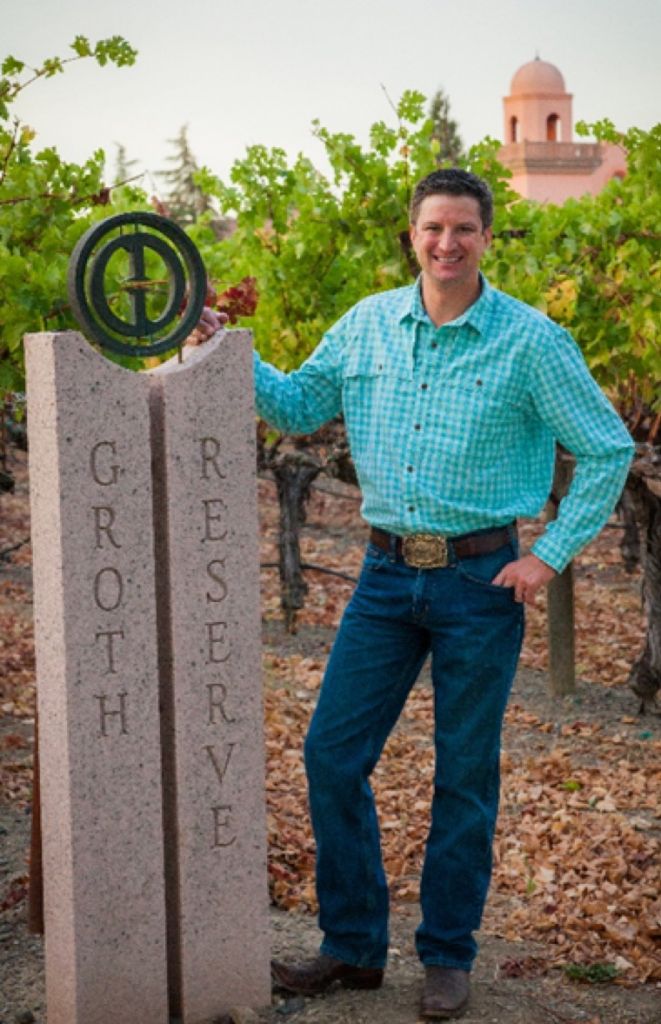 “Shortly after we finish, the winemaking team gets together and has a debrief,” he says. “We talk about what worked, what didn’t and what we need to fix. Then we get it down on paper while it’s fresh.”

In June and July, harvest preparations begin ramping up. Parry and his team check and repair winery and vineyard equipment as necessary and start ordering supplies such as yeast and nutrients. The vineyard team starts pulling unwanted shoots that can potentially produce a second crop of inferior fruit—and removing extra vine leaves to ensure the appropriate amount of light is hitting the grape clusters. When the reds begin the onset of ripeness and the grapes change color during veraison, there’s more work to do.

“We’ll make a crop-thinning pass to eliminate undesirable fruit once we’re at about 50 percent veraison. We’ll drop any clusters behind in maturity, just to ensure good uniformity and homogeneity,” Parry says.

A month from the start of harvest, the Groth team spends lots of time walking the vineyard rows and tasting in order to determine the optimal picking dates. “Closer to harvest, we’ll start taking bigger fruit samples for analysis of sugar, pH and acidity levels,” Parry says.

Days before harvest, he’ll make a last sampling and decide the picking schedule. Because harvest is done at night, when it can be difficult for the crew to see the clusters, the vineyard team goes through a few days in advance and strips the extra leaves from the fruiting zone, removing any clusters that are damaged, sunburned, raisined or moldy. 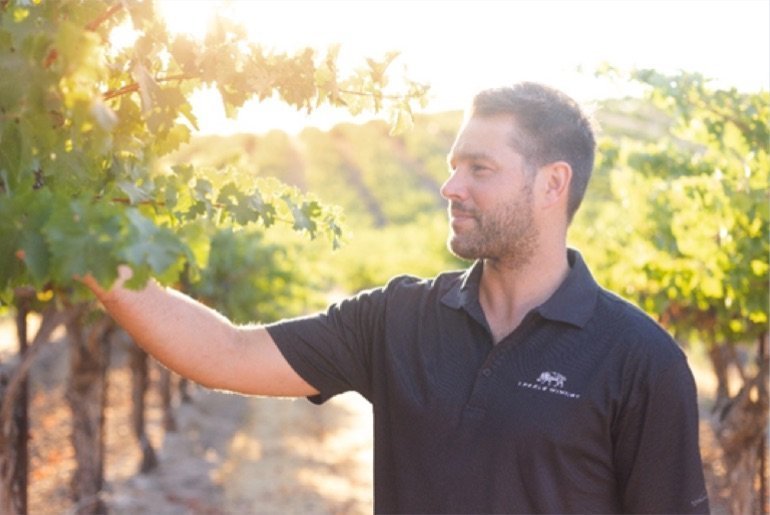 At Eberle Winery, harvest preparations begin as early as February, when winemaker Chris Eberle places his annual barrel order for the coming year. Planning ahead helps him avoid last-minute surprises—such as strikes at the docks—and helps save money with certain discounts by ordering far in advance or accepting barrels early. “When you’re talking about a $100,000 order, a 3% discount adds up,” Eberle says.

A month or a few weeks out—Eberle schedules yearly maintenance on presses, destemmers and other essential equipment.

Walking the vineyards is essential in the weeks leading up to harvest, so Eberle will spend time among the rows each day, checking on fruit development. “We’ve got about 30 percent of our production in estate fruit, and the rest is contracted,” he says, “so I deal with 15 different growers and 50 different vineyards.”

Along with monitoring crop sizes, he checks that the vines are in balance and decides whether or not to adjust the canopy or drop fruit. Two weeks from the estimated harvest date, he’ll start sampling white grapes and early-ripening reds such as Zinfandel and Grenache to check progress.

While harvest normally begins between the end of August and mid-September, Eberle predicts this year’s crush will kick off closer to mid-September.