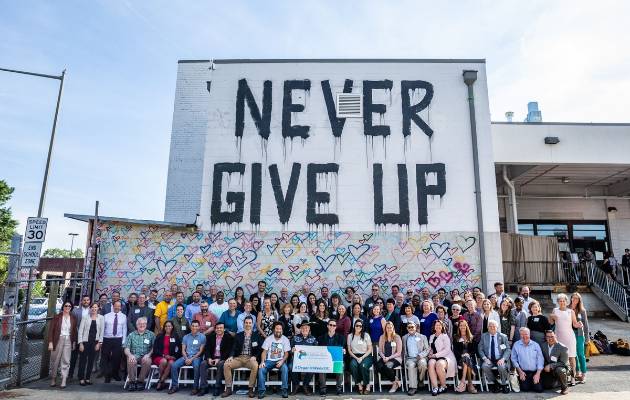 The Organic Trade Association promised to look at the world of organic a little differently at its 2019 policy conference, and it kept its word. 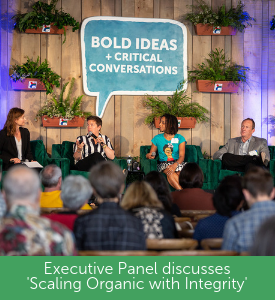 The association invited other organizations that are working to advance food and farming priorities to share their bold ideas with the organic community. It hosted social influencers from around the country to educate them on the association’s work and the advocacy of its members. And it featured in-depth, no-holds-barred conversations on everything from how to make organic affordable for consumers and still profitable for farmers to the emerging hemp market and the opportunities it offers for organic.

The 250-plus attendees at the Organic Trade Association’s Bold Ideas + Critical Conversations conference on May 23 represented the diversity of today’s organic sector: organic grain and livestock farmers from Montana, organic fruit and vegetable growers from California and organic dairy producers from the Midwest, national organic brands and small organic businesses, organic certifiers and organic distributors, organic importers and organic exporters, and organic policymakers and organic trendsetters.

“This year’s conference was about new ideas and innovative thinking. Organic has come a long way, but we are dealing with some big challenges, and we are pleased that our conference enabled a frank discussion – and also some brainstorming – on how to keep organic advancing,” said Laura Batcha, CEO and Executive Director of the Organic Trade Association. “Now we need to make sure that this constructive conversation and positive action continue.”

Even the venue of the conference – Washington’s historic Union Market — represented organic’s embrace of the future and its respect for the past. Originating as Centre Market over 200 years ago, what is now today’s Union Market was at one time the city’s largest farmers’ market, with hundreds of vendors of produce, meat, eggs and everything in between. After surviving some turbulent times, it is now back on strong footing as a thriving revitalized economic growth center for the community that honors its culinary beginnings and also fosters a diverse culture of sights and sounds. 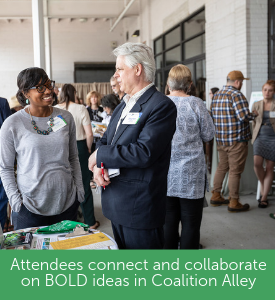 Making its debut at the conference was Coalition Alley. The Organic Trade Association assembled a broad coalition of partners to connect with the conference attendees about their diverse priorities. What did they have in common? All of the passionate advocates are doing important work to promote the best practices in farming, to educate the public about healthy food and lifestyle choices, and to create sound policy changes to advance agriculture.

Also marking a first at the annual conference was the Organic Trade Association’s first-ever Influencer Program. Seven widely followed social media influencers were chosen to cover the conference and other activities during Organic Week to get a behind-the-scenes look at organic advocacy in action.

The following of these enthusiastic and committed organic activists on Instagram alone totals some 263,000, but their reach and influence go far beyond that. Being able to experience directly the organic advocacy process in the nation’s capital, and to chronicle that experience to their hundreds of thousands of followers, was an invaluable learning lesson for all involved.

“Organic has nothing to hide,” said Batcha in kicking off the conference. “Organic is fighting for good, we wear the white hats, and we’ve turned back the curtain for the media on our lobbying efforts.”

“We all need to commit to dig in and improve the way the public/private partnership between the government and the organic sector works,” Batcha told attendees. “We need to keep organic advancing … All of agriculture can learn from organic, and everyone could benefit from organic moving forward.”