Stone fruit thinning was on going as late season immature fruit developed. Early varieties of apricot, peach, and nectarine were harvested. Though intermittent rain hampered harvest, cherry harvest continued at an accelerated rate with the forecast of more rain. Nutrient sprays and pesticides, herbicides and fungicides were applied to orchards and vineyards. Mechanical vineyard maintenance continued. Shoot thinning and positioning were also underway in grape vineyards. Late Navel orange quality declined and harvest was wrapping up for the season. Star Ruby grapefruit were harvested. Seedless tangerinesremained netted for the bloom. Valencia and lemon harvesting continued. Citrus groves were thinned, topped and skirted. Olive bloom was progressing well. Some olive trees were pruned.

Foothill rangeland and non-irrigated pasture were in good to fair condition. Late season precipitation benefitted grass and forb growth. Sheep grazed in fallow fields. Some bees were moved out of state Crop Weather Report, while others were moved to kiwi vineyards and melon fields for pollination. 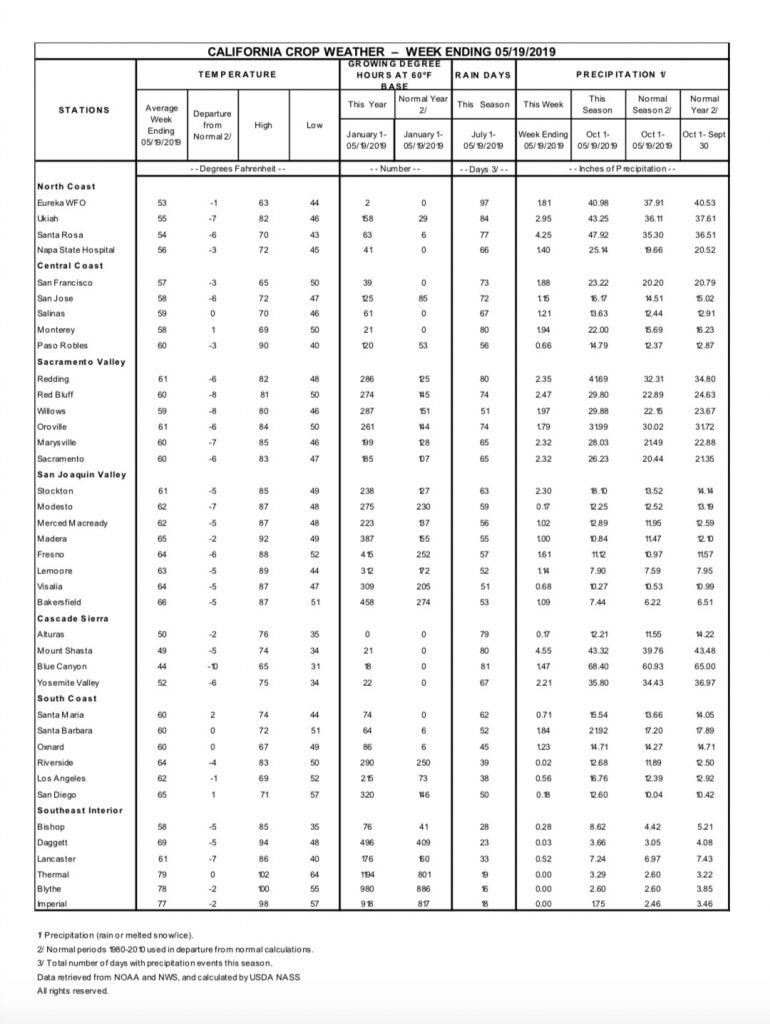