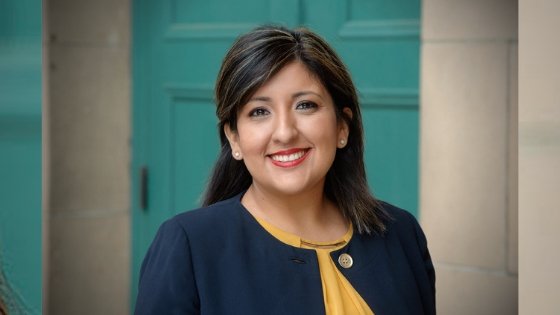 “I am pleased by the Senate Committee on Natural Resources and Water’s commitment to support legislation that’ll restore access to clean water for California’s most vulnerable communities. Although this is only the first step to ensuring that SB 559 becomes a reality, we could not have accomplished this milestone without community advocates like Doug Deflitch of the Friant Water Authority and Bryce McAteer of the Eastern Tule Groundwater Suitability Agency who provided incredible testimonies today,” said Senator Melissa Hurtado. “This bill addresses community issues beyond just access to clean water. SB 559 is an investment that will protect the health of the Central Valley’s economy, sustain groundwater resources, and preserve America’s breadbasket.”

“For 70 years, the Friant-Kern Canal has been the backbone of water delivery and regional groundwater sustainability on the San Joaquin Valley’s eastside,” said Jason Phillips, Chief Executive Officer of Friant Water Authority. “The canal’s conveyance problem is coming at the time when we need to be expanding, not contracting, our ability to deliver water for recharge to meet the state’s goals under the Sustainable Groundwater Management Act. Without SB 559, our communities will face even more severe real economic consequences, beginning next year when the Valley start simplementing groundwater sustainability plans.”

“Our district receives water from the Friant-Kern Canal and uses almost all of it to recharge local aquifers that farmers, cities, and rural Californians rely on, but the canal’s pinch point has reduced our ability to do this by as much as 50 percent,” said Edwin Camp, President of Arvin-Edison Water Storage District. “By helping fix the canal’s conveyance problems, SB 559 will help our communities continue to receive the water they need. Water is the valley’s most precious commodity — it’s our lifeblood.  Without it, jobs disappear, families leave, public services are threatened and, ultimately, communities suffer.”

Senator Melissa Hurtado is an advocate for expanding access to health care, growing educational opportunities and creating more quality jobs. Representing the 14th Senate district in California, which includes cities in Fresno, Kern, Kings and Tulare counties. Senator Hurtado was born in Fresno, California and raised in the City of Sanger, where she still resides with her family.