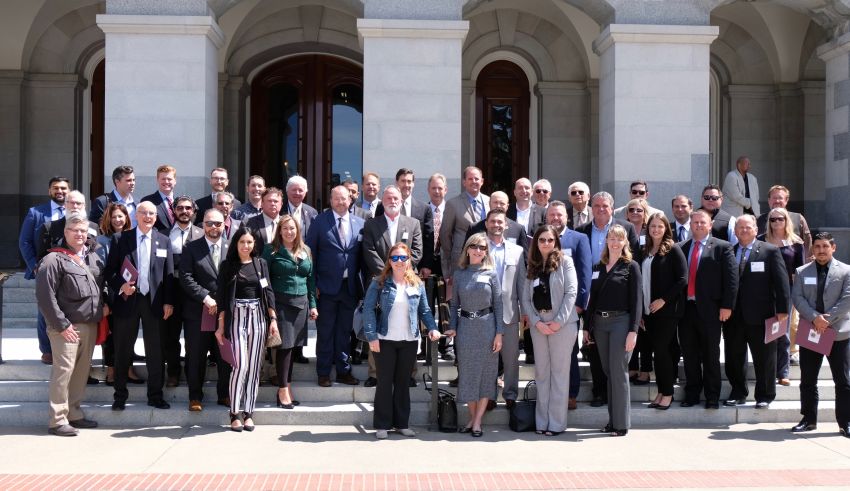 CAWG Day in the Capitol

California legislators awarded gold to nine wines at the fourth annual California Association of Winegrape Growers (CAWG) Foundation Gala on April 10. The friendly wine competition featured 31 red and white wines from 23 California wineries. Legislative leaders from the California Assembly and Senate attended the gala and participated in the wine judging.

“The gala is a special event where winegrape growers, wine industry friends and political leaders join together for a very worthy educational program,” CAWG President John Aguirre said. “The foundation is proud to offer student scholarships made possible by the generous donations of those in the California wine industry and we are pleased to share the program’s achievements with legislators.”