Thursday , 2 July 2020
Attendees of the Organic Trade Association’s spring policy conference will have the rare opportunity to get an insider’s look into the upcoming presidential race when they hear from one of the few political analysts in the country who accurately forecast the results of the historic 2016 election. 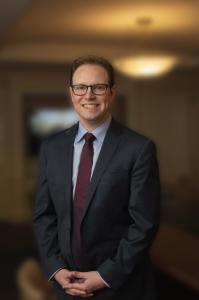 David Wasserman, one of the nation’s most influential political analysts and election forecasters and U.S. House Editor for the non-partisan The Cook Political Report, will share his spot-on insights and deep knowledge of today’s political landscape at the Organic Trade Association’s annual policy conference on May 22 in Washington.
The Bold Ideas & Critical Conversations conference is part of a powerful week of organic advocacy, education, and collaboration that the Organic Trade Association has planned for its Organic Week activities scheduled the week of May 20 in D.C.
Wasserman is regarded as among the most accurate election forecasters in the country, and his authoritative analysis of political trends is closely followed by other political experts as well as academics and the general public. In 2016, he drew wide praise for his pre-election analysis, including his piece titled “How Trump Could Win the White House While Losing the Popular Vote” written two months before election. His data-driven forecasting looks at both national and local trends, the relationship between consumer brand loyalty and voting, and what the future holds for American elections.
“The Organic Trade Association is thrilled to have David speak at our conference,” said Laura Batcha, CEO and Executive Director of the Organic Trade Association. “Today’s political environment is very unpredictable, so David’s keen insights into today’s political scene, and his proven electoral foresight will be timely and eye-opening for our attendees.”
The trade association will host its annual conference at a unique venue–Dock 5, a creative urban space in the nexus of the historic Union Market– opened to the public in 1871 and once the largest market in Washington, D.C.
The conference is one of three major events of Organic Week, during which organic stakeholders will double-down on big ideas and solutions to advance organic. In the backdrop of the nation’s capital, small organic producers and major growers, family-run organic operations and nationwide companies, researchers and policy advocates, and distributors and retailers will come together to promote organic policy priorities. Included in the week will be educational opportunities, advocacy, and networking as participants explore leading-edge thinking, discuss bold strategies, and take incremental steps to advance policy and private sector solutions.
Activities begin with Member Day on Monday, May 20, at the Organic Trade Association’s headquarters in the Hall of the States where members will gather for updates and discussions on industry issues. That evening, the Organic Trade Association’s Board of Directors will host a guided bus tour to view D.C. monuments. On Tuesday, May 21, attendees head to Capitol Hill for Advocacy Day to meet with congressional policymakers and discuss the importance of organic. On Thursday, May 23, the Board of Directors will meet alongside a volunteer service project at DC Central Kitchen where attendees will be invited to roll up their sleeves and help!
Registration is open. Register by March 15 for the best pricing on this action-filled week.
Load More Related Articles
Click To Comment