Sunday , 23 January 2022
Home News Ag Legislation Statement on Bureau of Reclamation’s Initial Water Supply Allocation
FRESNO, CA – Yesterday, the Bureau of Reclamation (Reclamation) announced a 35% initial water allocation for south-of-Delta Central Valley Project (CVP) agricultural water service contractors.
Westlands appreciates that this initial allocation is higher than it otherwise would have been but for the diligent work by Reclamation staff to make the initial allocation as high as practicable. However, given the current hydrologic conditions, including above average precipitation and snowpack in the northern and central Sierra Nevada Mountains, a 35% allocation is further evidence that the 2009 biological opinion controlling temperature management of Shasta Reservoir is placing unreasonable restrictions on CVP operations. Moreover, the 35% initial allocation demonstrates the need to update the existing biological opinions to reflect the science that has emerged over the last decade.
This year total runoff into the Shasta, Trinity, and Folsom reservoirs during the months of April-July is projected to be 1.0 million-acre-feet (MAF), more than was projected at this time in 2012 when the District received a final allocation of 40%. Similarly, the same comparison shows the San Joaquin basin is expected to have 1.1 MAF more runoff into the New Melones, Don Pedro, and McClure reservoirs, and storage at the San Luis Reservoir is on track to be 140-thousand-acre feet more than at this time in 2012.
For Westlands farmers, low initial allocations create uncertainty about how much of their land can be farmed and how much productive farmland will need to be fallowed and contribute to over pumping groundwater. Westlands looks forward to working with Reclamation and other federal and state agencies to reexamine regulatory restrictions that are imposing unreasonable restriction on operations of the CVP. 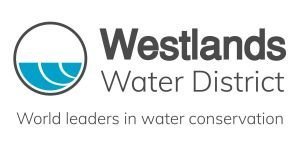