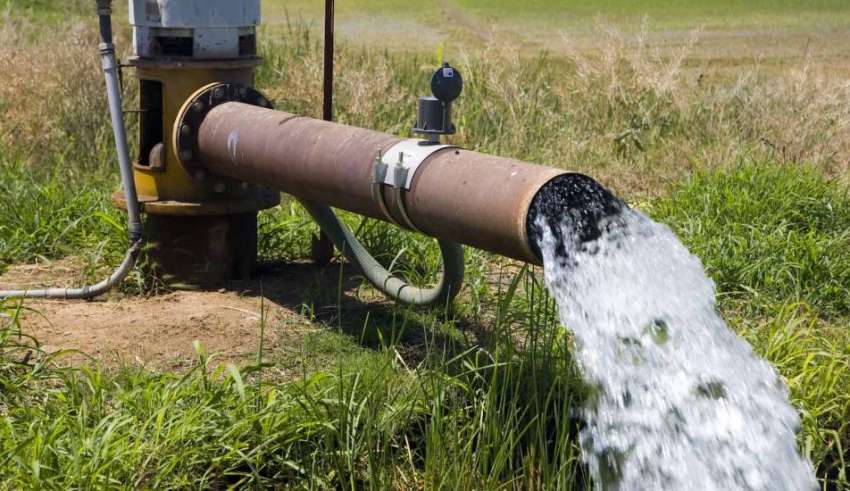 Today’s order by President Trump will provide welcome relief to Western farmers, cities, rural communities and wildlife refuges that have struggled under water supply rules that are long overdue for an update. Prioritizing national interest and the value of California food production, the president’s order requires the re-consultation of the biological opinions to be completed and fully implemented by August 2019. The deadline will bring to a close the review of rules governing the long-term operation of the federal Central Valley Project and California State Water Project. The review has been underway since August 2016, a process today’s order requires to be concluded by Aug. 31, 2019.

The president’s action today fulfills his campaign commitment to help solve the state’s water supply shortages and will greatly benefit Central Valley communities and the environment. Since 1992, water supply restrictions have caused severe economic consequences for farms and the people who depend on them for work. Many of the state’s most disadvantaged communities have suffered due to scarce water supplies. Wildlife refuges that are a critical component of the Pacific Flyway have had insufficient water to meet the needs of millions of ducks, geese, shorebirds, songbirds and endangered animals in large parts of the Central Valley and the Klamath Basin. An ongoing review of the rules governing these critical water supplies only delays the ability of these important areas to recover.

This action will also help address water shortages that have occurred across the West as the result of federal regulations overseen by multiple agencies. It offers hope to farmers and ranchers served by federal water projects in the Pacific Northwest, including the Columbia Basin and the Klamath Basin. The president’s order places the responsibility of operating the federal water projects with the Department of the Interior, to be supported by the National Marine Fisheries Service and the U.S. Fish and Wildlife Service. The action prohibits any impacts to threatened or endangered species protected under the federal Endangered Species Act.

This issue has been scrutinized by the Executive Branch as far back as 2011. At that time, President Obama observed that the Interior Department is in charge of salmon while they’re in freshwater, but the Commerce Department handles them when they’re in saltwater. Those overlapping jurisdictions have only slowed efforts to help the fish.

A committee convened by the National Research Council also studied this matter a few years ago. The NRC found that the lack of a systematic, well-framed overall analysis between the two services is “a serious scientific deficiency, and it likely is related to the ESA’s practical limitations as to the scope of actions that can or must be considered in a single biological opinion.”

Improved coordination between federal agencies will promote more efficient, effective and coordinated management of all ESA responsibilities for anadromous and freshwater fish in Western watersheds, from the highest reaches of our headwaters to the Pacific Ocean.

“This action is an important and common-sense move that will benefit Western farmers and ranchers whose livelihoods depend on federal water projects,” said Dan Keppen, executive director of the Family Farm Alliance. “It’s a practical and assertive change to Western water management and species recovery that our membership strongly supports.”

California’s GOP congressional delegation from the Central Valley played an important role in identifying the problems in the state’s water system and worked closely with the Trump administration to produce a solution that is consistent with federal law and will improve the water delivery system.

“There’s no question that the Central Valley has lagged behind the economic recovery experienced in other parts of the state. We’re optimistic that these changes will not only help improve water supplies for farms, farm-related businesses, and disadvantaged rural communities, they will provide the incentive to put science-based solutions to work to help recover iconic native fish species that have suffered under the existing regulatory approach,” said Mike Wade, executive director of the California Farm Water Coalition.

“This is a common-sense improvement to a process that has been abused in the past by regulatory agencies seeking to impose a scientifically-unsound regime on water users that ultimately, by design, de-irrigates some of the highest quality farmland in the world. This move by the Administration simply ensures that the process of revising the rules governing Delta water operations will be less vulnerable to regulatory abuse,” said Tom Nassif, president of the Western Growers Association.

“Implementation of the Endangered Species Act can be better for both species and people, and the president’s action moves us in that direction,” California Farm Bureau Federation President Jamie Johansson said. “It’s time to grow beyond the culture of conflict that has governed California water for too long. We need streamlined solutions that benefit species and that benefit both the farmers who provide California-grown food and farm products and everyone who depends on those products.”

Manuel Cunha, Jr., President of the Nisei Farmers League shared, “We want to thank President Trump, Congressman Devin Nunes and the entire Valley delegation for their efforts that will improve the lives of many, especially in the San Joaquin Valley. There will be a strict timetable for rewriting the biological opinion that caused millions of acre feet of water that would have been used in the San Joaquin Valley to be flushed out to the ocean. This action prioritizes building water storage projects that are badly needed. ​It is a good day for California, for our hard-working families,and for our communities.