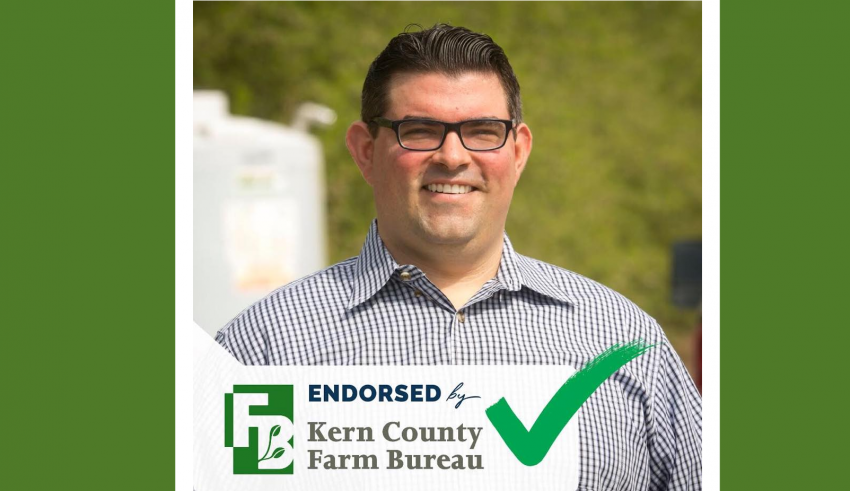 Hanford, Calif. —The Kings County Farm Bureau’s board of directors voted last week to endorse Hanford’s Justin Mendes in the 32nddistrict State Assembly race. The son of a Kings County dairy farmer, a Hanford city council member and the longtime district director for Congressman David Valadao, Mendes’ unique blend of experience, along with his no-nonsense approach to government, earned him the board’s endorsement.

“Justin has our community’s best interests in mind,” said KCFB Vice President Brian Medeiros. “We feel that he will not be content to tow the party line, especially when it impacts the citizens of our 32nddistrict. For far too long, the voices of our community have fallen on the deaf ears of our current representative. Our way of life has been met with countless attacks that have only been furthered by our representative. Mendes is a clear choice to represent our community.”

Because elected officials play such a big role in the policy decisions that affect local farmers, the KCFB board of directors is committed to endorse candidates that they think will best represent the ag industry. Candidates are thoroughly vetted by the board, and only those whose ideals align with KCFB’s values and priorities will receive an endorsement.

“As a non-partisan organization, Kings County Farm Bureau reviews every political candidate based on their qualifications, commitment to agriculture, electability, and ability to carry our message,” said Medeiros. “As part of our work to protect and promote agriculture in the South Valley, we are committed to engaging in the political process.”