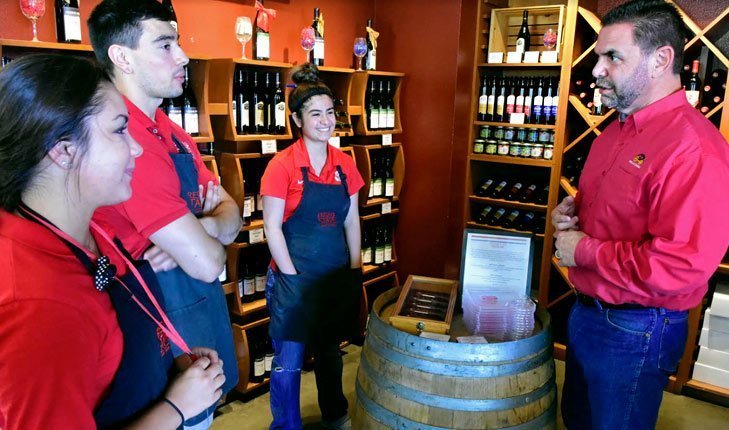 Ken Ramos, Wells Fargo’s president for Central California business banking, began his one-year term on July 1 as the new president of the Ag One Foundation at Fresno State.

Ramos, of Fresno, previously served as vice president for Ag One — a development organization for the Jordan College of Agricultural Sciences and Technology at Fresno State — and has also served as treasurer and secretary on its board of directors.

Originally from Easton, he graduated from Cal Poly with a bachelor’s degree in agricultural business. He joined Wells Fargo as a business banking manager in 2004 and was promoted to regional area manager in 2007 and his current position in 2010. He also serves on the board for the foundation of Valley Children’s Hospital of Central California and the Downtown Fresno Partnership.

“It is a special pleasure to be chosen as the president for Ag One in its 40th year of serving Fresno State’s agricultural programs,” Ramos said. “It will be an exciting year with lots of events and opportunities for alumni, industry supporters and friends from across the Central Valley to continue to support and make a huge difference in our students’ lives.”

Annie Stuhr was elected treasurer. She is a vice president, agribusiness relationship officer and unit supervisor for Central Valley Community Bank. Stuhr graduated from Fresno State in 2004 with a bachelor’s degree in agricultural business.

Jim Razor joined the executive committee as secretary. He serves as a district manager of the J.G. Boswell Company and oversees the production of Pima cotton, processing tomatoes and safflower. He earned a plant science degree from Fresno State in 1990 and joined the company as an agronomist the same year.

A complete list of board members is available at www.fresnostate.edu/jcast/agonefoundation/board-of-directors.html.

Since 1979, the Ag One Foundation has endowed more than $19.5 million in 120 funds to benefit, promote and support the Jordan College. About 4,400 deserving students and programs have received $6.2 million in scholarships and grants. Jordan College academic programs and students will receive about $700,000 in support in the 2018-19 academic year.

For more information on the Ag One Foundation, upcoming events or to become a member, visit www.agonefoundation.org or call 559.278.4266.