Eight years ago, the commission created a new scholarship program, one designed to encourage those who want to study and work in the agriculture industry with an emphasis in the table grape industry. To date the program has helped 24 students attend four-year California universities.

Here are the 2018 scholarship recipients: 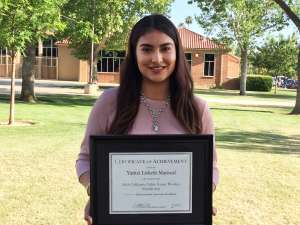 Ms. Yaritzi Mariscal is a graduate of Shafter High School. Yaritzi plans to attend Bakersfield College and pursue a career in nursing. Yaritzi is the first in her family to attend college and is an honor roll student and winner of the principal’s award. 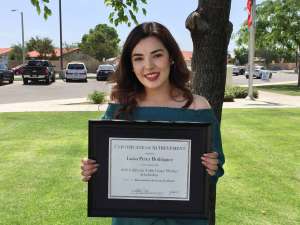 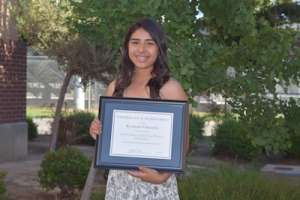 Ms. Rosalinda Valenzuela is a graduate of McFarland High School. Rosalinda will graduate with a 4.38 weighted GPA and will attend UC San Diego and pursue a career as a mechanical engineer. Rosalinda is the vice president of the leadership class, president of the engineering club, a member of the softball team, and captain of the school golf team. 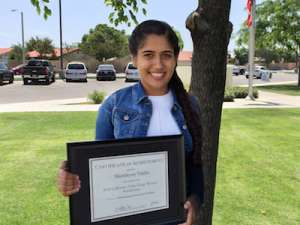 Ms. Marisleysis Valdez is graduating from Robert F. Kennedy High School in Delano. Marisleysis plans to attend California State University Bakersfield where she will major in finance with a career goal of becoming a financial manager in the table grape industry. Marisleysis graduates with a weighted 4.30 GPA and is a four-year honor roll student who also tutors other students. 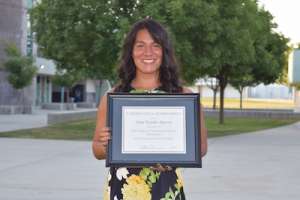 Ms. Aime Alarcon is the class valedictorian, the student body president, and a member of the water polo and swim teams at Harmony Magnet Academy in Strathmore. Aime will graduate with a weighted GPA of 4.34 and plans to attend the University of Southern California with a career goal of becoming a superintendent of schools. 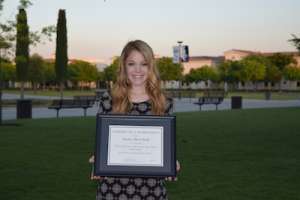 Ms. Lindsey Swall is a graduate of Mission Oak High School in Tulare. Lindsay is the class valedictorian and will graduate with a 4.2 weighted GPA. Lindsay has been involved with Future Farmers of America (FFA) in leadership roles and in competitions. Lindsay will attend Fresno State and has a career goal of becoming a horticulturalist. 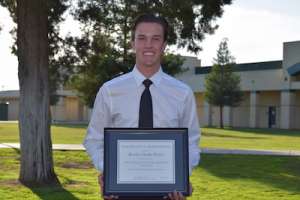 Mr. Brenden Wilson is a graduate of Kingsburg High school with a weighted GPA of 3.97. Brenden is a four-year member of FFA, and a member of the school basketball and track teams. Brenden will attend Cal Poly San Luis Obispo with a career goal of applying mechanical technology to reduce physical labor in the fields. 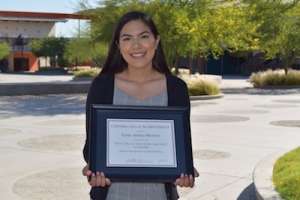 Ms. Leslie Herrera is a graduate of Wonderful College Prep Academy in Delano. Leslie will graduate with a 4.33 weighted GPA. Leslie is a member of FFA, the senior class president, captain of the soccer team, and member of the softball team. Leslie will attend UC Davis with a career goal of becoming a human resource manager for an agricultural firm.