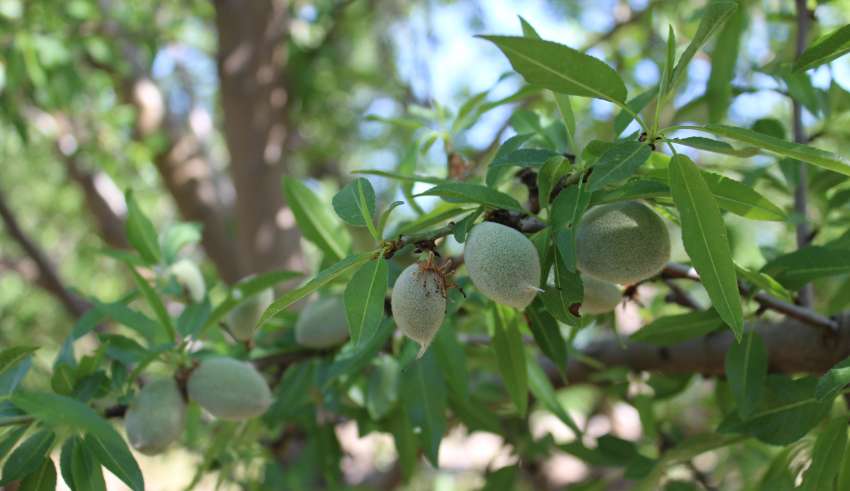 In spite of concerns about freezing weather during almond bloom, the U.S. Department of Agriculture National Agricultural Statistics Service (NASS) is predicting a record crop in 2018. According to the NASS 2018 Almond Subjective Forecast issued today, California almond orchards are expected to produce 2.30 billion pounds of nuts this year, up 1.3% from last year’s 2.27 billion-pound crop.[1]

“Almond farmers used a variety of techniques to manage freezing nighttime temperatures in some parts of the Central Valley during bloom this year and those efforts appear to have worked,” said Richard Waycott, president and CEO, Almond Board of California. “Every year weather impacts farming, but almond trees thrive in our state because California is home to the world’s most efficient almond farmers, who continually improve their practices and rise to the challenge.”

The Almond Subjective Forecast, the first of two California almond forecast reports for this year’s crop, is based on opinions obtained from randomly selected almond farmers located throughout the state via a phone survey conducted in April and May. Farmers were asked to indicate their almond yield per acre from last year and expected yield for the current year based on field observations. Those estimates are then combined and extrapolated to arrive at the numbers reported in the Almond Subjective Forecast.

While the Almond Subjective Forecast provides early estimates of the coming crop after it is set, the 2018 California Almond Objective Report, which is released in July, uses a more statistically rigorous methodology. It is typically the more accurate of the two reports. Objective Report data is based on actual almond counts and measurements taken in orchards throughout the state, starting in May and ending in July.

The Objective Report will be released July 5, 2018, at noon PDT. Both the report and the forecast are conducted by the USDA and funded by the Almond Board of California to provide almond farmers, processors and shippers with estimates to help them make business decisions.

Last month, the 2017 California Almond Acreage Report showed bearing acres, that is orchards old enough to produce a crop, were up 6% at 1 million acres. Total almond acres for 2017 were estimated at 1.33 million acres, up 7% from the previous year.