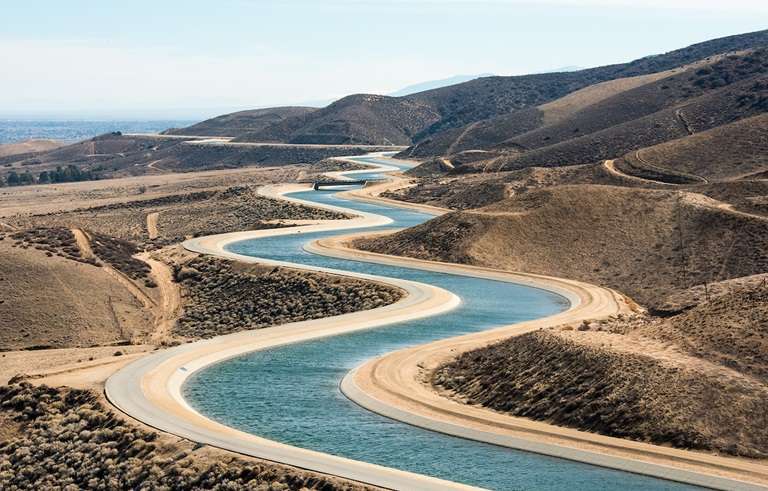 A stretch of the California Aqueduct in Los Angeles County. DWR/2014

Sacramento, Calif., (May 2, 2018) – The Department of Water Resources (DWR) today announced a statewide increase in State Water Project (SWP) allocations for 2018. SWP contractors can now expect to receive 30 percent of their requests, up from the initial 15 percent allocation in December and the 20 percent announced in January.

“Late precipitation and snow in March has brought us closer to an average year, however, this year has been anything but normal,” said Karla Nemeth, DWR Director. “While our storage is in good shape, our snowpack is low. California’s highly variable weather reminds us that prudent planning and water conservation is a necessity and is the new norm.”

A 30 percent allocation amounts to 1,268,724 acre-feet of water, distributed among the 29 SWP contractors who serve more than 27 million Californians and about 750,000 acres of farmland.

One of the leading factors in determining allocations is snow water content. The statewide snow water content is currently 37 percent of average. Despite the above-normal precipitation received in March and April, warm temperatures increased runoff and snowmelt in the Northern Sierra, resulting in diminished snowpack for this time of year.