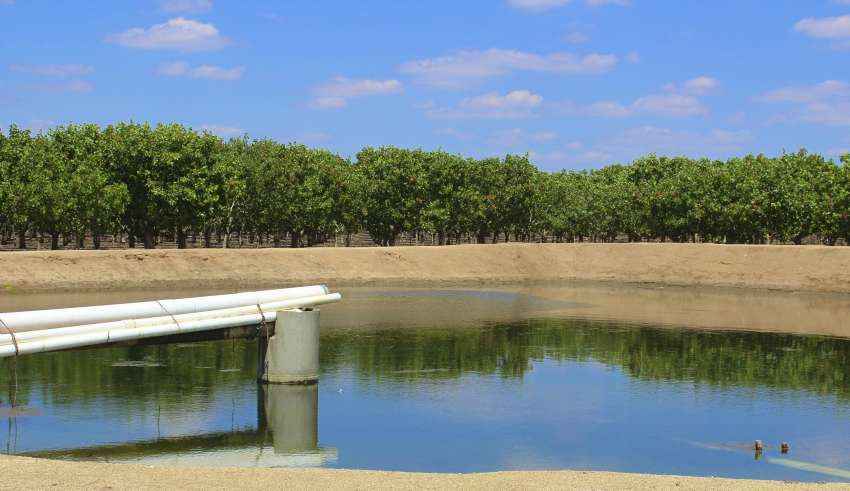 The Sustainable Groundwater Management Act (“SGMA”) has led to an unintended and unpublicized effect: a shortage of water law attorneys that can provide non-conflicted representation of farmers, water districts and groundwater sustainability agencies (“GSAs”). Although in the past, water law attorneys had to bridle the ethical and advocacy wall between representing farmers and the related water districts, which often times have common and similar goals, the new environment has made it extremely difficult or impossible to be able to ethically, and with proper advocacy, represent farmers, GSAs and water districts when the goals of the GSA, which may likely just be another hat of the water district, are so adverse to the interest of the farmers.

With the stakes so high on the potential limitation on use of well water by GSAs, can an attorney represent the GSA (i.e., likely the water district) in formulating groundwater sustainability plan (“GSP”) regulations and at the same time represent a farmer, who has critical concerns about any reduction in water use. The common sense answer is no. How can you advocate for GSA restrictions on water uses for no net loss of groundwater and at the same time represent the farmer who surely does not want any restriction or limitation on their ability to use groundwater. 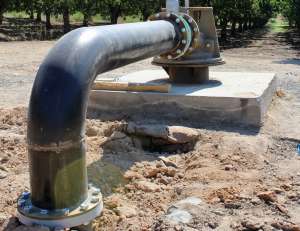 The lawyer is in the position of being disloyal and not appropriately advocating either for the water district/GSA or farmer, as it would be a rare occasion that a farmer’s instructions to their attorney is “I am fine with the rules that are generated by the GSA in order to make sure there is no net loss in underground water.” Thus, the farmer, water district and GSA are put in a position of all three needing separate legal counsel, which leads to the conclusion that there may be more of a shortage of water law attorneys in the State of California than there is underground water.

In the upcoming year and a half, the conflict is heightened by the requirement that by January 31, 2020, critical overdraft areas, which are largely in the central part of California, are required to have developed and implemented their GSP regulations. If the regulations are not strong enough to show that they will lead to no net loss in groundwater, the State of California steps in and takes over the oversight of the development of the regulations and possibly enforcement.

Considering the political environment of the north and south, and what they express sometimes with respect to the central valley’s farm operations and use of water, it is a scary proposition to think that the State will come in and be the drafter of such regulations and oversight without the same concerns of a local water district and GSA to the particular farming operations and regional issues. It would be great if the state understood that the central part of California produces about 90% of what Americans want to see on their table, and therefore, recognize that a nation must be able to feed its people and this is truly an area that should be protected for no other reason than national security. Unfortunately, the State seems to disregard those facts or assumes that the nation primarily just wants corn and potatoes on their table. That is a separate article in itself.

However, now the GSAs are mandated to create GSP regulations which will have as their main purpose to restrict your ability to use groundwater, and heaven forbid you are near a river or tributary to a river and it is concluded that you are drawing water from such flow by your proximity within two miles, half a mile, who knows. In such cases, you will probably be prohibited from drawing any water from your well (unless you have riparian rights), because they will assume it comes from a source created by the river or its tributary.

We do not fully know what will be acceptable to the State as regulations. However, a review of SGMA and the various commentator statements on the same suggest regulations, especially in critical non-attainment areas, to include, but not be limited to, the following: well registration, investigation of water rights for those suspected of not complying, reporting of extractions, reporting of surface water storage, well spacing requirements, limitations on groundwater extractions, related fees and assessments, enforcement actions for noncompliance, fees on groundwater extraction, and even the possibility of jail time if you go over your allotment.

Over the next year and a half, the GSAs will be holding public hearings and allowing for comments on the GSPs, and this is a critical time if you are a farmer for you to be properly, and with strong advocacy, represented in such process. Even representing more than one farmer could be a serious advocacy problem. Different farms in areas under the same GSA have different concerns and problems. Mentioned above briefly, the issue of how close you are to a river or tributary to a river, as opposed to those that will not have to advocate regarding such issue. Since the outcome of such an issue may not be purely based and likely won’t be on good science, the adjacent farmer who is outside the distance, whatever that be, from the river, would see it as an advantage for the neighbor not to use its well as it potentially could affect their usage on their farm just across the property line. Many other examples regarding such conflicts between farmers are not too hard to contemplate. At the same time, the water districts/GSAs are going to want to make sure that their regulations are strict enough, so that the State does not take over the entire process and enforcement.

In my opinion, an attorney representing both the farmer and water district/GSA in such matters has to be disloyal to either one or both of such parties in any negotiations on the development of the regulations. You also need to understand that once these regulations are in place, they are in place, and there are very limited appeal or challenge rights with respect to the same. Thus, sitting back and seeing how things develop, is truly pennywise, pound foolish, or should I say ounce wise, and acre-foot foolish.

For the legal professional, the consequences are fairly clear and understood with respect to providing representation in such a highly conflicted area: inability to provide the highest level of representation, a smear on their professional integrity, state bar disciplinary consequences, malpractice consequences (breach of fiduciary duty/duty loyalty or confidentiality), reputational consequences and disqualification. The consequences to the farmer for such dual representation could be more significant in that the regulations could have been better tailored to that farmer’s particular operation causing the farmer to lose valuable water, removal of permanent crops, and of course, a loss in revenue. If the dual representation attempts to be “fair” to both sides, especially in a critical non-attainment area (i.e., central California), there is a strong possibility that the State may come in and take over the regulatory process and enforcement. This would not be good for the farmer or the water district.

What does all of the above mean for you now if you are a farmer? It means the next year and a half are critical for you to be involved and have an advocate that is only on your side in monitoring and advocating on the new regulations that are being formulated by the GSA. The thought that there is some advantage to a farmer, because his attorney also represents the GSA/water district, is a fallacy, because of the competing interests and that attorney is prohibited from providing services that utilize his knowledge of the water board/GSA that have been obtained during representation of such entities – a direct conflict with an attorney’s sworn oath of loyalty to clients.

Any questions regarding this article or SGMA can be directed to Christopher A. Brown, Esq., Real Estate and Environmental Law Department Chair at Dowling Aaron Incorporated at cbrown@dowlingaaron.com or 559-432-4500.