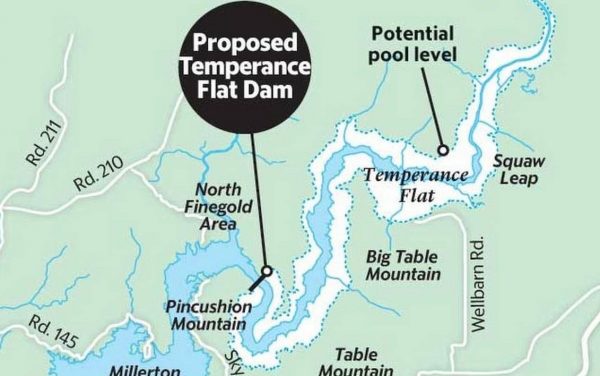 An April 27 forum hosted by the Friends of the Madden Library at Fresno State will help you learn more.

The project is big, no question about it.

There’s a lot of money involved: The dam will cost $3 billion, according to supporters, though opponents say it will turn out to be much more expensive. Physically, it’s huge: The dam, which would be located upstream of the existing Friant Dam, about 20 miles northeast of Fresno, would stand 665 feet high and have the capability to store more than 1.3 million acre feet of water. And politically, it’s become a high-stakes battle: Advocates say that farmers and residents need the water-storage capabilities of a new dam in times of drought, while foes decry the environmental impact and say that the cost for what they call a relatively small amount of water is far too high.

As is the case with many complicated political issues, it’s a lot of information for the casual observer to absorb. The free library forum, to be held at 6 p.m. Friday, April 27 will help focus the discussion by featuring two passionate speakers on either side of the debate. Each has been following the project for more than 15 years.

Speaking on behalf of the Temperance Flat project will be Mario Santoyo, executive director of both the San Joaquin Valley Water Infrastructure Authority and the California Latino Water Coalition.

“For me, the message is going to be fairly simple,” said Santoyo. “We’re in a time in history when the Central Valley has never experienced this degree of water shortage and groundwater regulation. That makes it imperative to manage what is otherwise lost to the ocean for the purposes of stabilizing our water supply and our economy.”

The City of Fresno is what Santoyo calls a “major potential investor” in the project. In November, the city council approved $500,000 in preconstruction planning and coordination related to the dam, with an anticipated goal of forming a joint-powers agency with other irrigation districts.

Speaking in opposition will be Chris Acree, executive Director of Revive the San Joaquin.

“I think the basic point is that this is a private project that’s trying to benefit off the conversion of public lands,” said Acree. “I think it’s a shame we have to flood a giant canyon area for 70,000 acre feet of water — because the only time it would be 1.5 million acre feet is after a 100-year storm. The amount of money it costs for the amount of money it generates is just absurd.”

Acree says the $3 billion estimated cost doesn’t include the loss of hydropower, environmental-impact reports and the consequences of flooding hundreds of Native American burial sites.

These are pivotal times for the proposed dam. Supporters are seeking $1 billion in state funding. In January, the California Water Commission, which administers water-project bond money approved by voters with the passage of Proposition 1, gave the Temperance Flat project a score of zero for the dam’s cost-benefit ratio. Supporters are appealing the score.

Both Santoyo and Acree said they’re looking forward to getting their views across at the library forum and stress the importance of an informed public.

“It’s clearly one of the most important projects in probably the last 50 years in the Central Valley,” said Santoyo. “It’s well worth taking the time to listen.”

The event is presented in collaboration with the Central Valley Water Awareness Committee, which will sponsor the Water-Wise Plant event on campus the following day.