California’s recent drought challenged practically everyone in the state, and those challenges were most acutely felt by farmers and the agricultural industry. While the state and local districts made several significant law and policy changes during the drought, one decision that caused great concern and had significant effects for water providers and users was the State Water Resources Control Board’s (Water Board) issuance of curtailment notices to many water right holders. A recent court victory for several irrigation districts and water agencies (Public Agencies) helped maintain future certainty for water users and right holders. 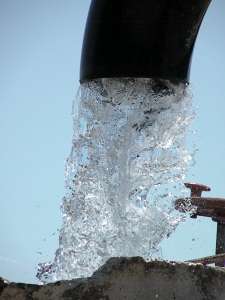 Many of the Public Agencies who received the curtailment notices were initially baffled by the notices. They essentially gave Public Agencies two choices: (1) accept, without a hearing, the Water Board’s stated basis for the directive to stop diverting water, which would harm residential, commercial and agricultural customers; or (2) defy the notice and risk substantial administrative penalties for every day of diversion. Some Public Agencies decided to continue diverting. Some stopped diverting and purchased water from other sources, if available. Others complied and ceased diversions entirely.

Neither the Public Agencies, nor the water users to whom they supply water, were given the opportunity to conduct a hearing and review the Water Board’s determinations or findings allegedly supporting the directive to cease diverting water immediately. Public input, including the opportunity for the public and regulated community to be heard regarding administrative decisions, is a fundamental tenant of American due process and was completely lacking in the Water Board’s decision to issue the curtailment notices. Instead, the putative evidence supporting the notices was untested, even though the curtailments greatly affected businesses and livelihoods throughout the state.

In the administrative proceedings, several Public Agencies joined BBID and WSID to defend against the Water Board’s allegations that they illegally diverted water after the curtailment notices were issued. In support of the Public Agencies, several farmers from districts that had been curtailed attended the administrative hearing at the Water Board’s office in Sacramento, and they provided heartfelt testimony regarding the devastating impact of the curtailments on their operations, their employees and the communities they serve. After three days, the State Board’s Enforcement Team completed their case in chief, and BBID and WSID moved to dismiss the enforcement action. After considering the motion to dismiss, the Water Board determined that its own staff members failed to present sufficient evidence to carry its prosecutorial burden of proof and dismissed the administrative proceedings.

This dismissal (an exceedingly rare event before the Water Board) was a tremendous victory for the Public Agencies. Had the Public Agencies lost at this administrative proceeding, BBID would have been subject to a fine of approximately $1.5 million (which was reduced from the $5 million threatened in the Water Board’s Administrative Civil Liability Complaint), and WSID would have been subject to a cease and desist order regarding their water diversions. Prevailing at the administrative level helped maintain some certainty for the water community, but several issues remained for litigation, including whether the Water Board could issue the same curtailments in the future. If so, did it have to give the recipient of the notice an opportunity to be heard?

To date, only the first phase has been tried, but it addressed the most immediate issues impacting water users and right holders.

This portion of the decision is crucial to maintaining certainty in the water world. Most, if not all, senior water right holders depend on the predictability and consistency that comes with their senior water rights. Prior to the issuance of the curtailment notices, riparian and pre-1914 water right holders believed they understood the relationship between them, their rights and the Water Board. The issuance of the curtailment notices upset that predictability and undermined trust in the Water Board’s ability to manage water thoughtfully and in accordance with long-standing state law. The part of the court’s decision relating to the Water Board’s jurisdiction confirms for water users and right holders that the state’s actions during the 2015 curtailments were not in conformity with existing law.

Reinforcing fundamental due process rights is critical because these rights ensure that the government is responsive to its citizens first and foremost, rather than to an overreaching government agenda.

Because only the first phase of the trial is complete, a final decision will not be issued until the remaining phases are complete. However, this early decision preserving established water rights law provides that, if the Water Board decides to curtail in the future, it must find a different method for implementing curtailments and must provide due process opportunities to water right holders. 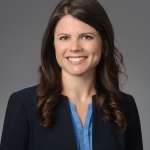 Lauren D. Bernadett is an associate with Somach Simmons & Dunn in Sacramento, CA. Bernadett is a natural resources lawyer who has counseled private and public clients through administrative processes and litigation in state and federal courts. She can be reached at lbernadett@somachlaw.com. 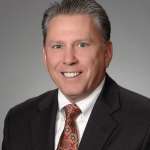 Michael E. Vergara is a shareholder with Somach Simmons & Dunn in Sacramento. Vergara serves as outside litigation and general counsel to businesses and public entities that have environmental law issues. He can be reached at mvergara@somachlaw.com.