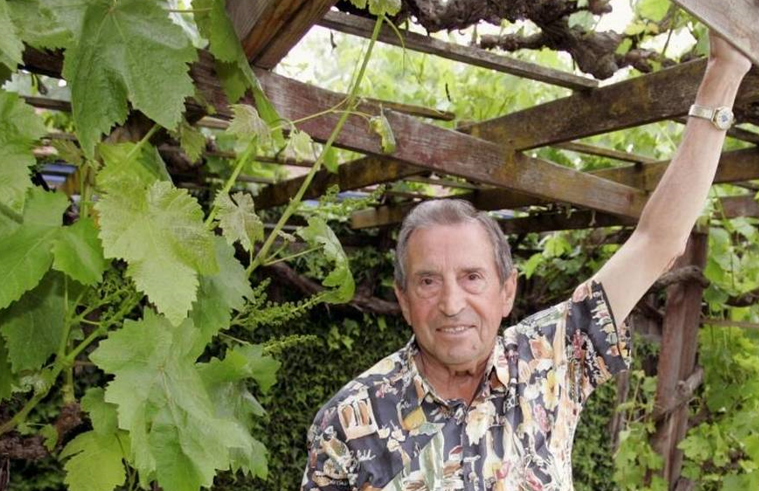 Fresno, Calif., (March 29, 2018) – The California State University Trustees approved Tuesday the naming of the Vincent E. Petrucci Viticulture Building at Fresno State, in honor of the late and esteemed professor emeritus of viticulture. The action item was approved by the Committee on Institutional Advancement.

Among his many accomplishments during his 46-year career, Dr. Petrucci led successful fundraising efforts to support students, faculty and capital projects. Most notably, he raised more than $1.5 million for the viticulture building, which houses state-of-the-art teaching and research laboratories, a discipline-specific library to serve students and industry and the Viticulture and Enology Research Center.

Dr. Petrucci taught at Fresno State from 1948 to 1993 and helped establish the University’s renowned viticulture and enology program. He was conferred an honorary doctorate of science by the California State University in 1994 before passing away in 2016.

In 1985, Dr. Petrucci founded the Fresno State Viticulture and Enology Research Center, which includes the Vincent E. Petrucci Library, and he served as its director until his retirement in 1993.

The Petrucci’s Crush wine, a limited Fresno State Winery edition of a student-produced vintage named in his honor, was introduced in December 2016 at a special release event that included Petrucci, family, friends and alumni, along with the department’s faculty, staff and many students. The wine also commemorated his wife of 69 years, Josephine, who supported him and his career.

Fresno State served viticulture and enology students since 1948 through several programs before the Department of Viticulture and Enology was established in 2000. Fresno was the first California State University campus to combine research and academic offerings in both disciplines.

“Today, Dr. Petrucci’s name is synonymous with viticulture and enology at Fresno State, and our alumni and industry partners can be found in every corner of the world,” said Dr. Sandra Witte, dean of Jordan College of Agricultural Sciences and Technology at Fresno State. “It is a distinct honor to name the viticulture building in his memory, given his many enduring contributions to Fresno State and the San Joaquin Valley.”

The V.E. Petrucci Library, which is part of the Henry Madden Library collection, supports and continues his legacy in academics and research in the heart of California’s Central Valley.

Library resources reflect the diversity of its patron community with materials generated by the Department of Viticulture and Enology in the Jordan College of Agricultural Sciences and Technology by public and private research institutions and associations, and by other resources released regionally, nationally and globally.

Among Dr. Petrucci’s many accolades during his career was lifetime service to the wine grape industry in the Valley by the San Joaquin Valley Winegrowers Association in 2009.

Originally from Escalon in the San Joaquin Valley, Dr. Petrucci earned a bachelor’s degree in pomology in 1947 and a master’s in horticulture in 1948, both from University of California, Davis. He served in the U.S. Naval Air Corps at the end of World War II.

A naming ceremony of the Vincent E. Petrucci Viticulture Building will be held in the near future.