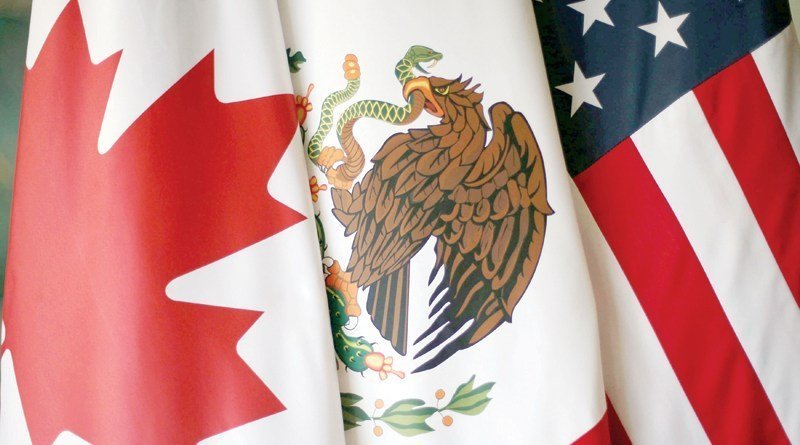 Sacramento, Calif., (March 1, 2018) – The North American Free Trade Agreement (NAFTA) has created a vital trading relationship for both Canadian and Californian agricultural and food businesses. Today, at a trade panel discussion hosted by the Canadian consulate, both the California Farm Bureau Federation (CFBF) and the Canadian Produce Marketing Association (CPMA) reiterated their support for NAFTA and emphasized the importance of integrated supply chains across the continent.

“The fresh produce industry is committed to achieving a win-win-win agreement for all three NAFTA countries,” said Jane Proctor, CPMA Vice President of Policy and Issue Management. “NAFTA has enabled the free flow of goods across our borders with over $2.5 billion USD worth of fresh produce exported from California to Canada in 2016 and ensures that Canadians have a year-round supply of fresh and affordable produce. We appreciate the strong support shown by Minister Lawrence MacAulay and Canadian negotiators for our industry and all of Canadian agriculture during these negotiations.”

“California agricultural exports support 1 million jobs on farms and in cities, and that number will only increase with higher demand for California-grown products,” CFBF President Jamie Johansson said. “Trade with Canada and Mexico under NAFTA has generally been positive for California farms, ranches and agricultural businesses. We support ongoing efforts to modernize the agreement for the benefit of farmers, food businesses and consumers in all three nations.”

The trading relationship between California and Canada remains strong with $6.3 billion USD in agricultural trade in 2016, including $4.1 billion worth of California agricultural exports to Canada.

The CFBF and CPMA will continue to work with negotiators and legislators on both sides of the border to ensure a successful and reciprocal agreement for industry.