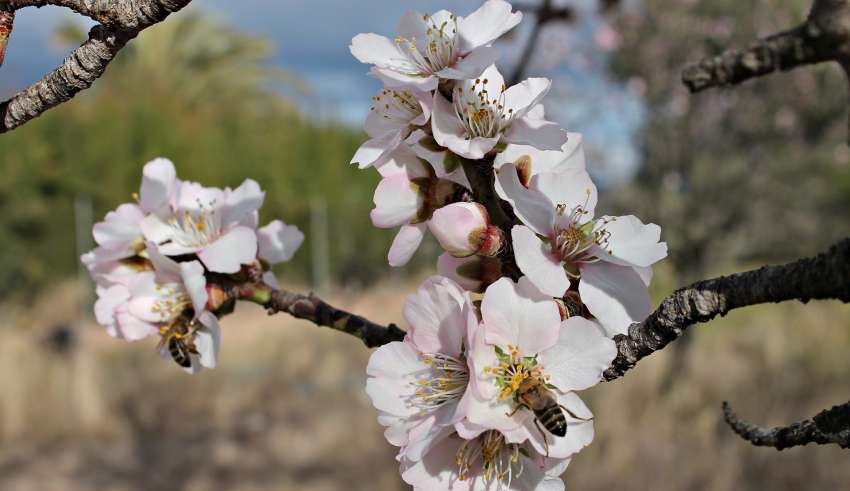 As blossoms begin to pop on Central California fruit and nut trees, farmers are worried about the low levels of rainfall seen in the state so far this winter.

Sacramento, Calif., (February 15, 2018) – Warm and sunny winter days are no cause for celebration among the farmers, ranchers and forest managers who rely on UC Agriculture and Natural Resources’ research-based information and expertise to make their work more profitable. Such is the feeling shared by UC Cooperative Extension advisor Dan Macon in his Foothill Agrarian blog. He began worrying more than a month ago about the spate of dry weather in the state.

“While I’m a worrier by nature, I think worrying about the weather is natural for anyone who relies on Mother Nature directly,” Macon wrote.

The UC Food Observer blog warmly praised the quality of Macon’s blog in a post titled The NeverEnding (#drought) story.

“He knows his subject and he writes well about it. I read every post, but his most recent piece about Old Man Reno, one of his farm dogs, really resonated with me. Read his blog every chance you get: it will make you feel better about life,” wrote Rose Hayden-Smith, the author of the UC Food Observer.

The column included a shout-out about the recent launch of a three-video series on the drought produced by UC ANR’s California Institute for Water Resources (CIWR). The series opens with Cannon Michael of Bowles Farming in Los Banos. The alfalfa grower works with UCCE specialist Dan Putnam.

“There’s a lot of misunderstanding about alfalfa as a crop,” Michael said. “It does take water to grow it, as with anything, but you get multiple harvests of it every year.”

Videos two and three will be launched March 2 and April 6.

The UC Food Observer also recommended a blog produced by the CIWR’s Faith Kearns – The Confluence. She recently wrote about how California’s idea of “natural” beauty may have shifted during the drought.