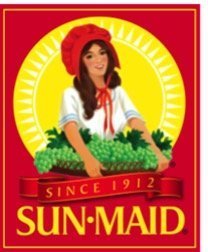 Kingsburg, Calif., (November 2, 2017) – The Sun-Maid Board of Directors is pleased to announce the selection of Mr. Harry Overly to lead Sun-Maid as its president and CEO effective October 31. Mr. Overly replaces Barry F. Kriebel who has served as Sun-Maid’s president since February 1986.

“The Sun-Maid Board wants to thank Barry Kriebel for his leadership which has guided Sun-Maid’s success for nearly 32 years, and we wish Barry and his wife Pam the very best for their future,” said Jeffrey Jue, chairman of the Sun-Maid board. “The Sun-Maid Board of Directors has been working deliberately and carefully during the last eight months to recruit the best candidate to lead Sun-Maid into the future and we are delighted with Harry as our selection.”

Harry Overly most recently served as the CEO of North America for Deoleo, the seller of the largest olive oil brands in the world and best known in the United States for Bertolli olive oil. His passions for product innovation and brand connections have driven him throughout his nearly 20-year career through several consumer-packaged goods organizations spanning both the largest to some with an entrepreneurial/high growth focus.

“I’m thrilled to be working with such an iconic brand with an incredible heritage. I look forward to joining the Sun-Maid team and connecting with all the employees, growers, and families to lead our next phase of growth,” said Overly.

Prior to joining Deoleo, Mr. Overly was Chief Customer Officer of TreeHouse Foods, the largest private label focused food manufacturer in the United States with sales of approximately $7 billion, and crafted the consultative model to work with the country’s leading retailers to refine their brand portfolios via innovation, merchandising, and product design. While at TreeHouse, he held several positions, including SVP of Marketing over 30 product categories, with examples such as snack mixes, beverages, soups, and salad dressings. He is best known for leading the development and execution of company’s successful single serve coffee business as well as deploying key brand management strategies throughout the company’s product innovation pipelines.

Prior to joining TreeHouse, Harry worked at Kraft Foods, the Wm. Wrigley Jr Co, and BestSweet, Inc, holding various positions between brand management and global innovation leading major brands like Extra and “5” Gum. He was co-leader of the “5”

Gum brand proposition at Wrigley and led this brand from the concept level to full commercialization to what is today’s largest gum brand.

Harry holds a Bachelor of Science degree in Food Science from the University of Wisconsin-Madison, in addition to some graduate-level business education at the University of Chicago. Harry, and his wife, Cristina, will be relocating from Dallas, Texas, to the Fresno area within the coming months and are both excited to join the Sun-Maid family.

Founded in 1912, Sun-Maid Growers of California is the world’s largest producer and processor of raisins and other premium quality dried fruits with sales of $360 million. Sun-Maid’s products are approximately half “Sun-Maid” retail consumer products and half ingredient products for such items as cereals, breads, and a variety of other food products. Located in Kingsburg, California in the heart of the San Joaquin Valley’s raisin producing district, Sun-Maid products are distributed throughout the United States and in more than 50 countries.