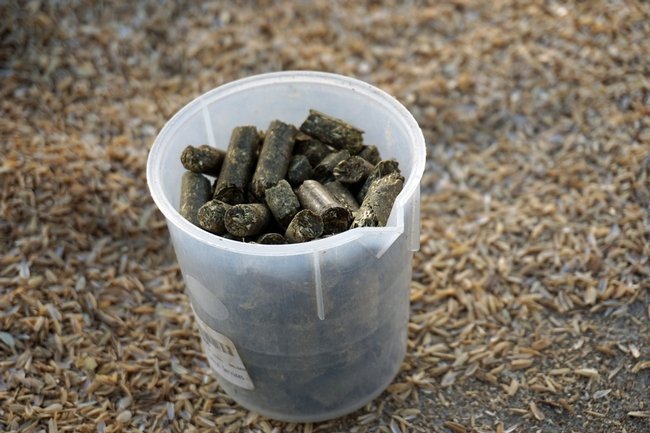 Mootral is fed to the cattle by adding it to alfalfa pellets.

Davis, Calif., (October 6, 2017) – Belching beef and dairy cows emit a significant amount of methane, sending a potent greenhouse gas into the atmosphere where it can contribute to climate

change. UC Agriculture and Natural Resources researcher Ermais Kebreab, a professor in the Department of Animal Science at UC Davis, is studying a potential new solution.

In European studies, supplementation with just 15 grams of a formulation called Mootral, derived from garlic and citrus extracts, killed bacteria in the cow’s gut that produce the gas emitting from the animals’ mouths and nostrils. Methane emission was cut 30 to 50 percent. Kebreab and his staff are feeding the supplement to nine California cows at the UC Davis farm and comparing their emissions with nine cows on identical rations minus Mootral.

The research was shared with writers in Sacramento for the International Food Bloggers Conference during a pre-event excursion to the UC Davis ag barn.

“This research is highly relevant in California,” Kebreab said. “The state is committed to reducing its greenhouse gas emissions to 40 percent of 1990 levels by 2030. We need to reduce the environmental impact of livestock production.”