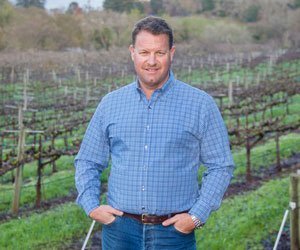 Santa Rosa, Calif., (July 10, 2017) – My father Warren started growing apples in Sonoma County in 1964 when he and my mother Gail purchased their first 35 acre ranch near the town of Graton. The ranch had 15 acres of apples and 15 acres of winegrapes. My parents concentrated their efforts on growing apples in the 60’s and 70’s, leasing and buying orchards to increase their acreage.

Sonoma County apples, especially the Gravenstein, have been a staple here since 1883 when Luther Burbank advised Nathaniel Griffith to plant Gravenstein apples on his 78 acre ranch on Laguna Road in Sebastopol. With that, the commercial apple industry was born. At the beginning of World War II in 1940, Sebastopol had its high point of 13,875 acres of apples with 9,750 acres planted in Gravenstein. By 1950, the apple acreage was in decline with 10,874 planted acres, 7,465 of which were Gravensteins. In 1980, the acreage fell to 7,747 with Gravensteins accounting for 3,234 acres. Fast forward to 2015 and there were only 2,229 acres left of Sonoma County apples with 704 in Gravensteins.

Many people believe that the winegrapes pushed out the apples in Sonoma County. In reality, apples became a worldwide commodity in the early 80’s with at least 14 countries that produce more than a million tons per year. With that, the price per ton became so low that growing apples became economically unviable. Many growers resorted to subdividing their ranches, selling off small pieces, and many started the conversion process to winegrapes.

Our father chose the latter. He removed acres of his own orchards and leased many acres of neighboring farmers’ land that he converted to winegrapes. But all along, he kept the best of our orchards in the ground and producing, always with a focus on Gravensteins. Through the late 80’s and 90’s, the winegrape income subsidized our apple income. In 2003, my brother Joe and I decided to start the organic certification process for our apple orchards.

Today, we farm approximately 180 acres of certified organic apples, of which 100 acres are Gravensteins. We also planted Sonoma County’s two newest Gravenstein orchards in 2013 and 2015.