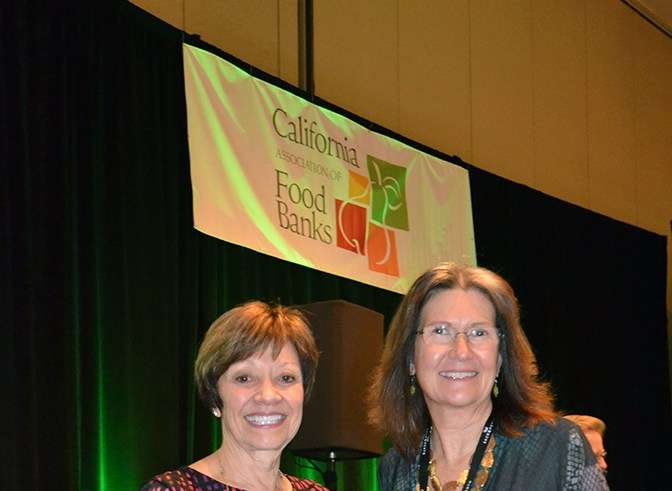 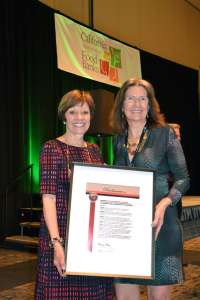 address at the May 1 session of the California Association of Food Banks (CAFB) conference in Sacramento by presenting a proclamation to CAFB Executive Director Sue Sigler. Several years ago during a presentation before the California State Board of Food and Agriculture, Sue helped plant the seed that grew into the goal of doubling farmers’ contributions to California food banks, from 100 million pounds of food per year to 200 million. In 2016, the state board’s goal was achieved: 214 million pounds of food donated by California farmers to food banks across the state. The proclamation acknowledges the role of Sue and her organization in facilitating those donations, from identifying communities in need to arranging transport from the farmers’ fields.