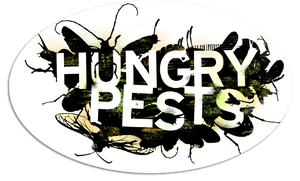 Washington, D. C., (April 5, 2017) – The USDA has proclaimed April as Invasive Plant Pest and Disease Awareness Month.  Each year during April, USDA amplifies its public outreach about the risks that invasive plant pests, diseases and harmful weeds pose to America’s crops and forests—and how the public can prevent their spread.  These non-native, destructive species can seriously harm the economy, environment, or even human health.

Note – CDFA will participate this month with a series of posts about its work to protect California and the US from invasive species.

Invasive plant pests and diseases can jeopardize entire industries such as U.S. citrus or hardwood timber.  For just one disease— huanglongbing (HLB or citrus greening), in one state, Florida—the losses are alarming: more than $4.5 billion in lost citrus production from the 2006/07 to 2010/11 production seasons.  One invasive pest, the emerald ash borer beetle, has destroyed tens of millions of American ash trees in our forests and communities.  Scientists have estimated the cost of all invasive species to all economic sectors to be approximately $120 billion yearly.

With stakes this high, public awareness and action become key elements in protecting America’s agricultural and natural resources.  APHIS created its Hungry Pests public outreach program to empower Americans with the knowledge they need to leave these “hungry pests” behind.  For instance, invasive pests can hitchhike in and on the things we move and pack, such as firewood, plants, fruits and vegetables, outdoor furniture and agricultural products ordered online.

Americans are urged to be on the lookout for pests like the emerald ash borer and Asian longhorned beetle, which starve trees to death by boring into them and eating their insides.  Keep an eye out for the gypsy moth, whose hungry caterpillars can strip trees and bushes bare.  Not all tree threats are insects; sudden oak death disease, caused by a fungus-like organism, can kill many types of trees as well as many landscape plants, such as camellias and rhododendrons.

Most importantly, learn the “Seven Ways to Leave Hungry Pests Behind,” such as buying firewood where you burn it, or only moving treated firewood if you must bring it with you.  Such simple actions could save a forest or an entire industry from devastation by invasive species.