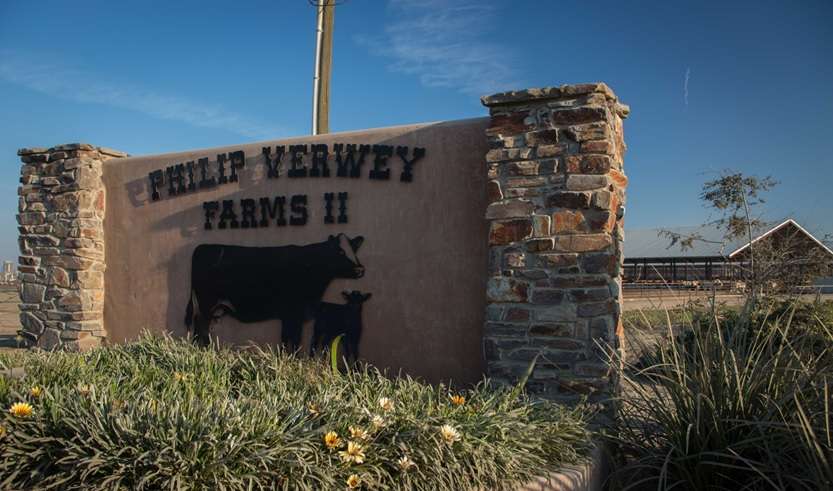 Sacramento, Calif., (March 20, 2017) – Phil Verwey knows that happy cows produce better and more milk, and recent California Climate Investments in his dairy have made both Mr. Verwey—and his cows—very happy.  Thanks to a $3 million grant from the CDFA’s Dairy Digester Research and Development Program in 2015, along with $4 million in matching funds, the animal manure from his operation is now being turned into high quality bedding for his herd and electricity.

Manure is separated and then channeled to a large covered lagoon—double-lined to prevent groundwater seepage—where it produces the methane (natural gas) to power generators that deliver 7.6 million kWh of electricity. That’s enough power to completely offset the dairy’s total electricity usage.

And, as more generators come online as planned, Mr. Verwey will be able to sell excess electricity into the grid.  This ultra-modern dairy digester operation is estimated to reduce over 500,000 MTCO2e.

And with all that investment in a “free” electricity source, it made sense in 2015 for Mr. Verwey to convert his feed mixers, which run for many hours every day, from being powered by old, noisy and pollutingdiesel tractors to quiet and efficient modern electric motors. That alone saves 90,000 gallons of diesel, and it reduces an additional 648 MTCO2e, 22 tons of nitrogen oxide emissions and 2.2 tons of fine particulate matter from the Valley’s air.

This project couples California Climate Investments with other funding from local partners to provide multiple benefits—reduced GHGs, cleaner the air, improved groundwater quality, and even reduced odors—and shows how Mr. Verwey is realizing the benefits of smart investments to fight climate change.