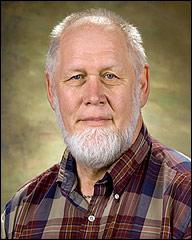 An internationally-recognized enologist credited with “producing world-class winemakers who are now making world class wines,” Mr. Fugelsang retired from the Department of Viticulture and Enology in 2011 but continued teaching part-time until May 2016.

Mr. Fugelsang is the second viticulture and enology pioneer lost in the past few months. Dr. Vincent Petrucci, who founded the University’s program, died in December.

A two time graduate of Fresno State (bachelor’s in 1969 and master’s in 1972, both in biology), Mr. Fugelsang joined the enology faculty in 1971. After the University winery became the first in the nation on a college campus in 1997, he and his student winemakers – in partnership with many Valley grower partners – won state, national and international acclaim with more than 600 wine competition awards.

But his legacy extends even further than the estimated 500 students who learned their craft under his tutelage and went on to become winemakers or other enology professionals in their own right.

University President Joseph I. Castro praised Fugelsang for his contributions not only to his students but the industry.

“Ken Fugelsang was an exemplary college professor and mentor who gave his all to his students,” Castro said. “He taught and directed hundreds of students in the science and art of winemaking and was a key player in establishing the Fresno State Winery, the first university winery licensed to produce, bottle and sell wine. Fresno State viticulture and enology students in particular and the wine industry and its connoisseurs in general are the benefactors of Ken’s expertise and guidance in this field.”

Dr. Sandra Witte, dean of the Jordan College of Agricultural Sciences and Technology said, “We have lost a truly talented and kind man. His influence on our enology program will not be forgotten and lives on in our program graduates.”

Dr. Carlos Muller, professor emeritus of enology, worked closely with Fugelsang until his own retirement in 2004 and helped establish the program.  Muller recalled his colleague as “a man of immense wealth of knowledge willing to share it with all of us who were fortunate enough to have benefited from his generosity and kindness.”

“He will be remembered in perpetuity for his plethora of erudite writings and presentations and, above all for his ability to train, nurture and continuously support the professional development of his students,” Muller added. “We owe him much.”

Alan Cannon, a certified wine educator who is also director of distributor relations and education for Rombauer Vineyards in Napa, was Mr. Fugelang’s student in 1980 and later lectured in the program.

“Ken was a great professor, mentor and friend to me and to all his students,” Cannon recalled. “He always had time to listen and was very encouraging to all of us. He had a passion for the wine industry and for teaching future generations of wine makers and wine industry leaders. One of his enduring legacies will be all of the students that took the knowledge that he imparted to make the wine industry that much better.”

Mr. Fugelsang published more than 150 technical papers, 18 books and contributed to journals in the United States and internationally. His 2007 book “Wine Microbiology – Practical Applications and Procedures,” co-authored with Charles Edwards of Washington State University, received the “Prix d l’OIV” award from the Paris-based International Office of the Vine and Wine, an intergovernmental scientific and technical body with 43 member nations that has overseen the world’s grape and wine industry for more than 80 years.

During his career, Mr. Fugelsang was a recipient of some 50 research grants totaling approximately $5 million. He was recognized as one of world’s most-authoritative experts on Brettanomyces – spoilage yeast that grows on grapes and in wineries. He presented at conferences in Germany, Portugal, Canada, Missouri and throughout California.

Mr. Fugelsang, who served as the past president of the Honor Society of Phi Kappa Phi, received the University’s Outstanding Research, Scholarship and Creative Activity Award, Salgo-Noren and the National Association of College Teachers Award, the Claude Laval Award for Innovative Technology and the Outstanding Alumnus Award.

For Mr. Fugelsang’s retirement celebration in 2012, G.M. “Pooch” Pucilowski, chief judge and consultant to the California State Fair Commercial Wine Competition and close friend, said “Professor Fugelsang and Fresno State should be hailed by the California wine industry — and probably the wine industry of the world — for producing world-class winemakers who are now making world class wines.”

Former student Bryce Willingham, upon hearing of Mr. Fugelsang’s terminal illness last week, said in a message to him that his “extensive knowledge and calm strength were pivotal in fortifying” her career.

“I want you to know that everything you did as a judge and professor shaped so many winemakers,” wrote Billingham who graduated in 2012 and is now a winemaker for Ravage Wines in Lodi.  “That means that you will always be here with us. In every glass. In every sip. In every moment that bottle creates. You live in the wines of the people you taught and the people they taught. You’re with us forever.”

Mr. Fugelsang was preceded in death by his parents, Ardith and Paul Fugelsang. He is survived by his wife of 45 years, Ann; his son, Jeffrey; and his brother Paul Fugelsang, and sister-in-law Cheryl.

A celebration of life will be held later this spring. The family asks that no flowers be sent but invited donations be made to the scholarship for enology students in his name: K. C. Fugelsang.  Checks payable to: AG ONE , 2910 E. Barstow Ave., MS/115 , Fresno, CA 93740  or online.