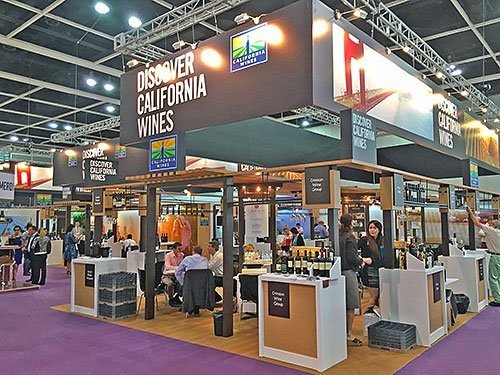 “California wine exports have grown 78% by value in the last decade despite heavily-subsidized foreign competitors and high tariffs. Our global trading partners are increasingly acknowledging the high quality of wine from the Golden State and responding to our California Wines marketing efforts throughout the world,” said Wine Institute Vice President International Marketing Linsey Gallagher. Gallagher manages Wine Institute’s California Wine Export Program, involving more than 170 wineries that export to 138 countries, and 15 representatives and offices in 25 countries across the globe.

“Trade agreements, such as the North American Free Trade Agreement (NAFTA), have helped to dramatically grow U.S. wine exports yet discriminatory non-tariff trade barriers continue to be crafted by foreign governments at a steady pace,” said Tom LaFaille, Wine Institute Vice President and International Trade Counsel. “We applaud U.S. government efforts to eliminate these barriers and strengthen our competitiveness globally, including the World Trade Organization (WTO) challenge against Canada which seeks to ensure that British Columbia grocery store consumers can choose from the vast array of the world’s great wines.”

“Canada remains a strong market for California wines and despite a slowdown in momentum, U.S. wines were still #1 in the table wine category in Canada in 2016. Retail sales of U.S. wines are now at a record 6.5 million cases and $1.1 billion dollars with the strongest increases in the provinces of Ontario, New Brunswick, Manitoba and Saskatchewan. We anticipate continued growth and are also hopeful that provincial governments will extend to California wineries equal access to retail distribution channels,” said Rick Slomka, Wine Institute Trade Director for Canada. “Canadian consumers have confidence in the quality and value offered by California wineries whose wines are successful in all price segments. Recent price increases resulting from exchange rate fluctuation may lead to slower growth.”

“As the dollar moves towards parity with the Euro, export volumes to Europe are down in most countries, mainly in the lower priced segment. The good news is that the dollar value of California’s exports to the EU countries (excluding UK) is up 2.7% as the interest in premium California wines continues to be strong,” said Paul Molleman, Wine Institute Trade Director for Continental Europe.

“It’s a fantastic result for California wine in the UK, continuing three years of accelerating growth. There is a very clear trend towards premiumization with +18% value growth and rising volumes (+5%). The conversation is increasingly about exceptional wine quality from California across both powerful and elegant styles. Volume shipped exceeded 13 million 9-liter cases to the UK, making it the top volume export destination for California wines globally. With the value of California exports to the UK now worth $337 million, the industry is on track to meet its target of $400 million in export sales by the end of the decade,” said Wine Institute United Kingdom Trade Director Justin Knock.

“U.S. bulk wine exports to Japan have been growing as major Japanese importers are now importing popular-priced California wine brands in bulk and then bottling in Japan. This reduces the burdensome import duty to a limited extent and makes inventory control easier. In 2016, we saw the last major generic California wine brand switch to local bottling,” said Ken-ichi Hori, Wine Institute Japan Trade Director. “Japanese importers of U.S. wines were disappointed to learn of the U.S. withdrawal from the Trans-Pacific Partnership. They now hope the U.S. will establish a Free Trade Agreement with Japan as soon as possible to abolish the heavy import duty on U.S. wines, which will help the entire American wine category grow in Japan. This is critical for the U.S. wine industry, since our competitors, Chile and Australia, already have free trade agreements with Japan and benefit from a duty advantage over U.S. wines.”

“The significant growth in U.S. wine exports to China in 2016 is particularly important because it demonstrates a meaningful growth in higher value products. A 47% increase in value in one year, coupled with an 11% increase in volume, speaks to the inherent strength in consumer acceptance of California wines in China, despite the rising value of the U.S. dollar versus the Chinese RMB currency throughout the year. Additionally, according to research firm Wine Intelligence, the total number of imported wine consumers in China increased by 26% over the last two years. These concurrent developments signal an increasing healthy market in China and Chinese consumers’ burgeoning interest in California wines,” said Christopher Beros, Wine Institute Trade Director for China and Pacific Rim.