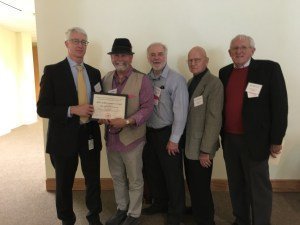 Sacramento, Calif., (January 31, 2017) – California’s cooperative Pink Bollworm Program was one of six projects recognized by the California Department of Pesticide Regulation (DPR) at an award ceremony, January 26, 2017,  in Sacramento to honor efforts to manage pests while reducing the use of pesticides.

The awards recognize innovation, leadership, education and outreach by California-based organizations that carry out pest management.

Sterile moths are produced at the CDFA/USDA PBW Rearing Facility in Phoenix, Arizona. To determine where sterile moths need to be released, program personnel put out pheromone-baited insect traps. Sterile PBW moths are sent to California daily and released by aircraft over targeted areas determined by the trapping results.

The program has prevented pink bollworm moths from becoming established in California’s major cotton region without the use of conventional pesticides for more than 40 years. It is organized by the California Cotton Pest Control Board, California Department of Food and Agriculture, U.S. Department of Agriculture and Plant Health Inspection Service, and the National Cotton Council.

For more information about the DPR awards, see the press release online 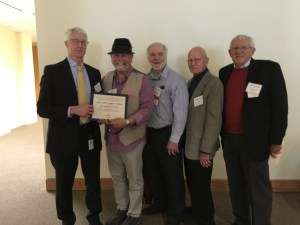