Thursday , 26 January 2023
Home News How Much Drought Can a Forest Take? 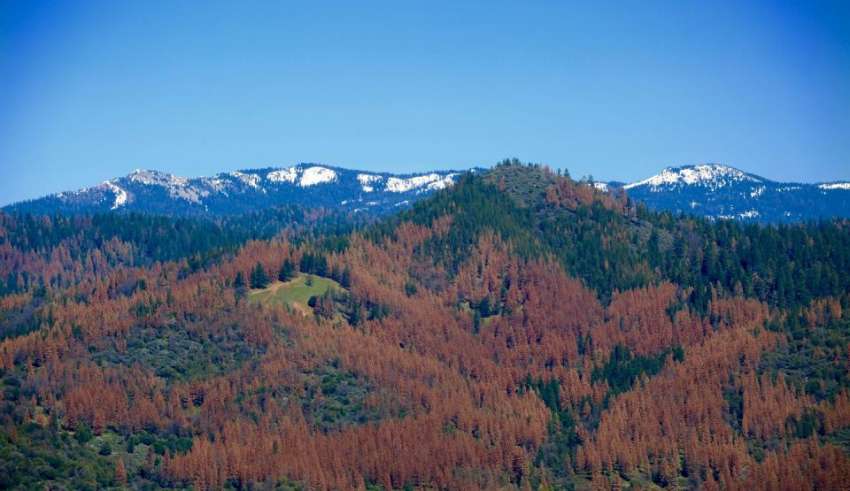 Davis, Calif., (January 25, 2017) – Why do some trees die in a drought and others don’t? And how can we predict where trees are most likely to die in future droughts?

Scientists from the University of California, Davis, and colleagues examined those questions in a study published in the journal Ecology Letters.

Using climate data and aerial tree mortality surveys conducted by the U.S. Forest Service during four years (2012-2015) of extreme drought in California, they found that when a drought hits the region, trees growing in areas that are already dry are most susceptible.

The research also showed that the effects of drought on forests can take years to surface, suggesting that such effects may linger even after the drought has ended.

The study said that trees in the driest and densest forests are the most at risk of dying in an extreme drought. In California, that makes crowded stands of trees in the Southern Sierra Nevada the most vulnerable in the state.

The concept is simple: Trees in dense forests are like multiple straws competing for the same glass of water. In wet climate conditions, that competition goes largely unnoticed. But when it’s dry, few are able to quench their thirst, setting the stage for mass mortality.

‘How much drought a tree can take’

“Our analysis found out how much drought a tree can take,” said UC Davis Ph.D. student Derek Young, who co-led the study with Jens Stevens, a UC Davis postdoctoral researcher during the study who is currently at UC Berkeley, and Mason Earles, a postdoctoral researcher at Yale University. “If forest managers want to get the biggest bang for their buck in reducing forest vulnerability to drought, this study suggests they should focus on the densest stands in the driest areas. And when we reestablish forests burned by severe wildfire in these areas, we should plant at lower densities from the beginning.”

Tree mortality in the Sierra Nevada in 2015 was the worst in recorded history. The U.S. Forest Service aerial tree mortality surveys in 2015 estimated 29 million trees in California had died after four years of extreme drought.

Though the drought began in 2012, major effects on trees did not appear immediately. While some trees died every year, mortality spiked only in the fourth year of extreme drought.

In a blog post he wrote on the subject in May 2016, Young noted: “This observation highlights the fact that tree mortality can take several years to respond to drought. Such a delayed response is often observed in studies of drought stress, and the existence of this delayed response hints that we are likely to observe high mortality well into 2016 and potentially beyond, especially in Southern California.”