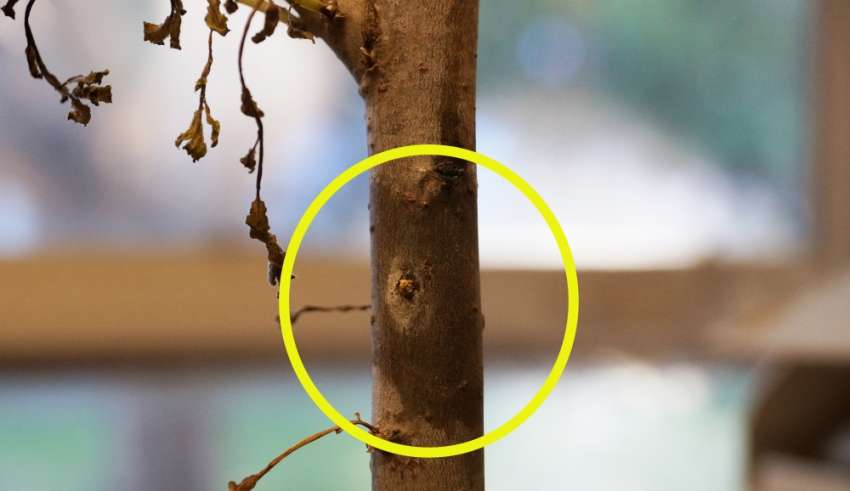 Santa Barbara, Calif., (January 23, 2017) – There’s a new pest in town and it’s threatening one of the area’s top crops: avocados. First discovered in Los Angeles County in 2003, six-legged Asian shot hole borers have been found by UC Santa Barbara researchers in their own backyard.

Last year, the insects appeared in avocado orchards in Ventura County. The UC Santa Barbara research team also detected them at many sites along the Santa Clara River. Now they’ve been spied in oak and sycamore trees in Montecito.

“Shot hole borers will bore into almost everything, including avocado trees, which is why they are getting a lot of attention,” said graduate student Shelley Bennett, a member of UC Santa Barbara’s Riparian InVasion Research Laboratory. “But these beetles also affect many native tree species.” 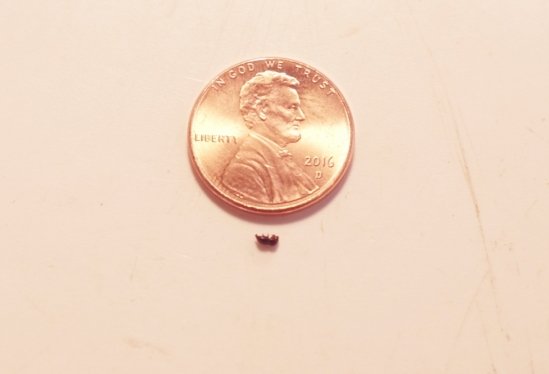 Dark brown to black in color, the insects are minuscule in size.Bennett and her fellow UC Santa Barbara researchers are tracking the movements and impacts of these insidious insects in Ventura County. Working with Akif Eskalen and Richard Stouthamer at UC Riverside and the UC Hansen Agricultural Research and Extension Center, they are exploring ways to better detect the borers’ presence and to manipulate their behavior in hopes of curtailing infestations. Eskalen and Stouthamer have been involved with this research in San Diego and Los Angeles counties since the problem was first detected.

Native to Southeast Asia, the tiny borers are part of an insect group known as ambrosia beetles. Two species, the polyphagous shot hole borer and the Kuroshio shot hole borer, have been found in the area stretching from San Diego to San Luis Obispo. Dark brown to black in color, the insects are minuscule in size. Females range from 0.07 to 0.1 inches long and the males are even smaller, usually about 0.05 inches long.

Both species carry a pathogenic fungus that affects tree xylem, the vascular system that conducts water from the roots to the leaves. The fungus causes a disease called Fusarium dieback, which stops the flow of water and nutrients in at least 137 tree species.

The insects carry the fungus in special compartments called mycangia. Pregnant females bore through the bark and create galleries underneath, where they plant the fungus. If the tree is susceptible, the fungus grows and spreads. The females then lay eggs and, when they hatch, the larvae eat the fungus.

It takes about a month for the larvae to reach adulthood, with more developing into females than males. Within seven weeks, one female can produce 57 more females. Virgin females can produce unfertilized male eggs and mate with their male offspring to produce a new colony. Once pregnant, females pick up some of the fungus and leave through the entry holes created by their mothers to start the process again.

The UC Santa Barbara team’s efforts are largely focused in Ventura County, which has the second largest avocado crop in the state. Valued at about $400 million in Southern California alone, avocado production is a critical part of the state’s agriculture, making threats to the industry crucial to address as quickly as possible.

At the same time, natural riparian areas are fundamental for protecting biodiversity, with roughly half of the listed species locally — and nationally — associated with wetland ecosystems. A better understanding of the direct interactions between agricultural lands and adjacent riparian systems is imperative to protect and sustain both agriculture and natural resources.

“We need to confirm whether shot hole borers are resident in riparian systems regionally and, if so, what potential risks there are of dispersal from these areas into the agricultural system,” said UC Santa Barbara’s Tom Dudley, whose team hopes to find additional funding to extend its research efforts into Santa Barbara County. “Protecting high-value locations, such as nest sites of endangered birds, expensive ornamental trees or at-risk avocado orchards, can be accomplished by implementing measures using deterrent chemicals.”

Pesticides can provide a certain level of protection for trees with no or recent beetle colonization, which according to researcher Adam Lambert, another investigator on the UC Santa Barbara team, is not enough. “The search is intensifying for biological solutions specific to this species and its biology,” he said. “The goal is to provide a cost-effective, environmentally compatible and permanent solution to the problem.”